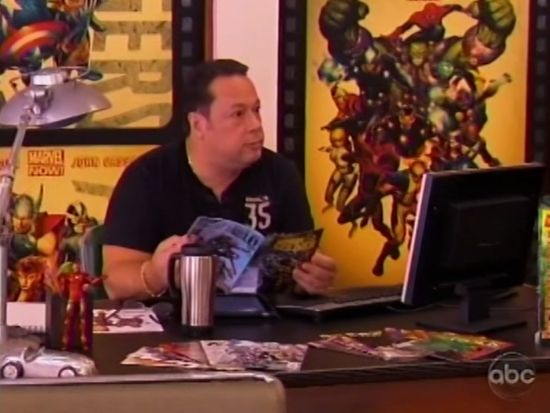 In a segment on ABC's Jimmy Kimmel Live, late night talk show host Jimmy Kimmel traveled to Marvel Comics offices to pitch some ideas to Chief Creative Officer Joe Quesada. When Jimmy Kimmel arrived at Marvel, Joe Quesada told him about the upcoming Marvel Now, which involves the relaunch of all of Marvel's top superhero books. 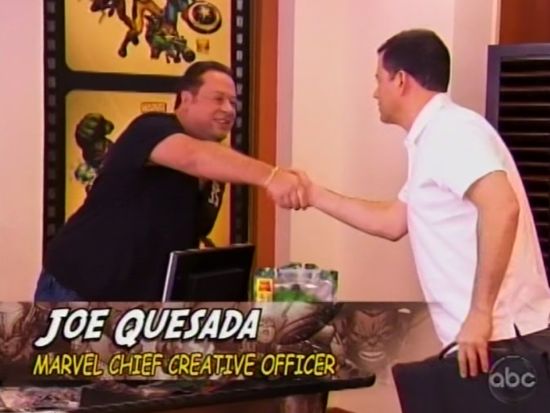 Quesada explained, "We're not rebooting our universe, but if you're a fan of the movies, you're a lapsed comic book fan, it's a perfect opportunity for you to come in and start on the Marvel Universe." Then, Jimmy Kimmel pitched a group of characters called the Terrific Ten, which he created when he was a kid. The Terrific Ten is lead by Muscle Man, who has a sidekick called Color Kid. Color Kid has the all the powers of a rainbow. Other team members include Super Sal, Maelstrom, Lucky Lad, and Super Duck. The Terrible Ten are the arch-villains of the Terrific Ten. Terrible Ten members include Doctor Bolt, Molleculus, Evil Eye, Faltese, and Bleach Master. 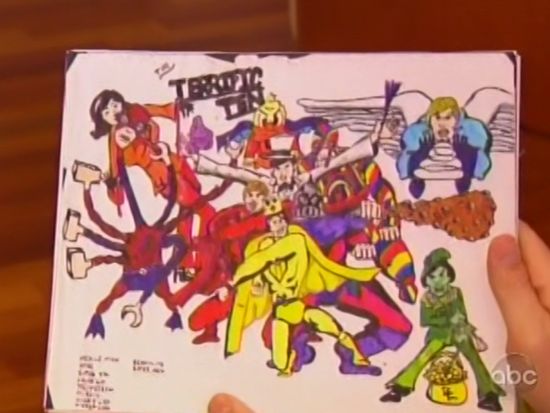 Jimmy Kimmel presents a comic book he drew featuring the characters. The comic ends with Super Duck flying off, saying he's going to his cousin Donald's house. Joe Quesada tells Jimmy Kimmel that his creations are not quite Avengers level, but he says he has a vision in his head of what Muscle Man and Color Kid should look like. As Jimmy Kimmel reads comics, Joe Quesada sketches out a quick drawing, which he presents to Jimmy Kimmel (see below). 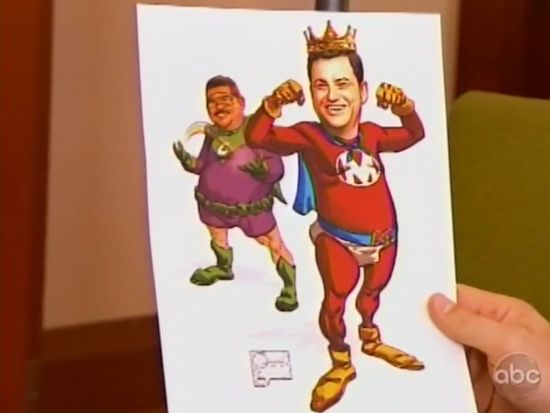