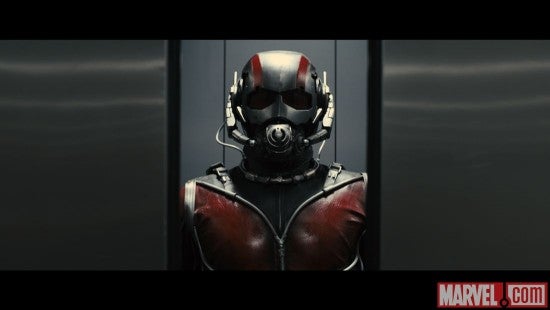 On his most recent Hollywood Babble-On podcast, Kevin Smith weighed in on Edgar Wright and Marvel Studios parting ways on the Ant-Man movie. While Smith didn't know why it happened, he did have a theory on why the change might have been made. During the podcast, Smith started out talking about how Edgar Wright had been working on Ant-Man since 2006 or 2005. He even recalled Wright giving him a draft of the script to look at a long time ago. "My theory, and I haven't spoken to him yet, but I'm going to track him down, and I'm going to be like, 'What the f*** happened?' I think he's just too original a voice, you know what I'm saying," said Smith. "He's got his own flavor. On those movies, you've got to kind of do what Marvel wants to do, man. They're hiring you to make their movie." Then, Smith relayed a story about a recent interview that Chris Evans gave about Captain America 2. Smith recalled that Evans said he couldn't take credit for how amazing the film was, because he said things were planned out down to every line. "I think somebody with a voice doesn't necessarily fit in there so much," added Smith. "Now, people will be like, 'Joss Whedon has a voice.' Well, yeah, of course, but as long as your voice fits into the Marvel Universe, very well, I think you're more than welcome to make their movies. But I think if you start maybe coming in with an original point of view, and he's got a very strong point of view. If you've ever seen his movies, you can tell you're watching an Edgar Wright movie. I think they maybe just might have got to that point where they're like, 'You know what, we want to do our universe.'"