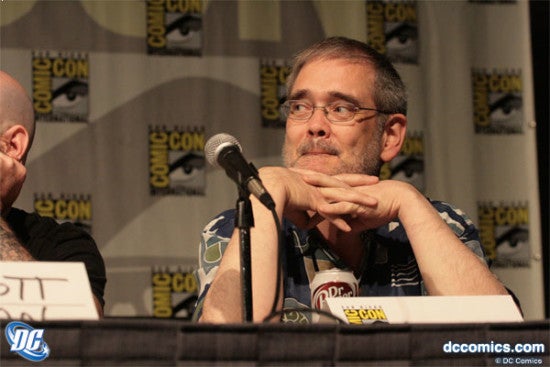 Longtime DC Entertainment executive, convention staple and former comics retailer is retiring after 28 years with the company. ComicBook.com has learned that Wayne will retire next year, but plans to remain with the company through their planned move to Burbank in April of 2015. He will also attend San Diego Comic Con International on behalf of the company in July. In 2012, Wayne was honored at Comic Con with an Inkpot Award for lifetime achievement. "Bob Wayne and I started one week apart at DC back in '87. I know how tired I am now, and he's WAY older, so GODSPEED, my friend. REST!" Tweeted Mark Waid. He followed it up with, "And seriously: if you don't think Bob Wayne retiring is a HUGE loss to DC and to comics, you're nuts." 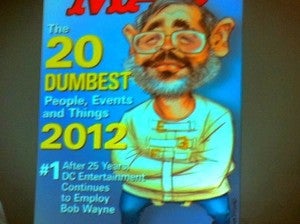 "Regarding Bob Wayne's retirement from DC comics, he was a warrior for the cause & deserves nothing but total and complete respect," said Image Comics co-founder Rob Liefeld, who worked with DC in 2011 and 2012. "Bob Wayne was a genuine warrior for good comics," said former I, Vampire writer Joshua Hale Fialkov. "Huge huge loss for the company, but, that guy deserves the rest." In a lengthy report on his departure in which she claims to have known about it for months, The Beat's respected comics columnist Heidi MacDonald trumpets that "nothing will ever be the same," and credits Wayne with, among other things, the creation of the modern direct-market system of selling comics. Retailer and podcaster Ryan Higgins said that Wayne's retirement is "secretly the biggest comic news story of the year." Wayne is noted for spearheading a number of programs and policies intended to aid comics retailers, including returnability on events like the New 52 launch, promotional items like Green Lantern rings and V for Vendetta masks and DC's popular "retailer roadshows," where they gather direct market retailers to hear their concerns. Wayne joined DC Comics in 1987, coming from a background as a comics and hobby retailer in Texas. It's there he apparently plans to return after retirement.