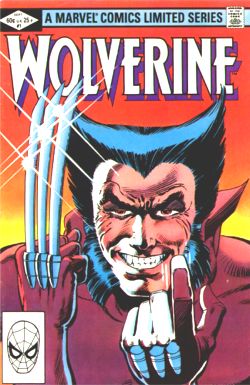 Just in time for Marvel's 70th anniversary, Marvel.com is asking fans to select the top 70 comic book covers in the company's history.

Picking the top 70 isn't very easy. There are scores of issues to pick through. Sadly, Marvel doesn't have every issue online yet. When I tried to vote for one of my favorite issues from the 1989 2rd series of What If, only four issues popped up. Hopefully, Marvel will solve this problem very soon, because I also wanted to vote for the covers of the epic team-ups of Spider-Man and Superman, and Spidey and the original cast of Saturday Night Live.

This is not the only top 70 list that Marvel is asking fans to help them comprise. Just recently, Marvel posted the top seventy Marvel Comics of all-time. The top three vote getters in the poll were Giant-Sized X-men #1, Fantastic Four #48, and Amazing Fantasy #15, which earned the #1 ranking. After the voting for the best Marvel covers concludes, fans will then get to vote for the top 70 Marvel Characters and the top 70 Most Earth-Shattering Moments in Marvel History. Voting for the two contests are scheduled to begin on June 29th and September 28th respectively.