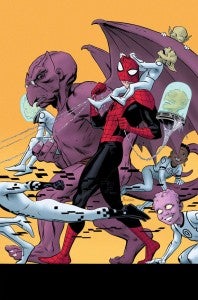 Marvel Comics has released a preview of Avenging Spider-Man #17, due out at the end of the month. The issue sees the Superior Spider-Man teaming up with the Future Foundation, the kids being taught and managed by the FF (but it looks like not the FF themselves--they don't seem happy to see ol' Otto). And just to show that Chris Yost is as much of a Marvel geek as the rest of us, you should look carefully at those pages. Not only is there a pretty obvious appearance by Death's Head, an android bounty hunter originally created to appear in Marvel's Transformers comics. He went on to be popular with fans during the violent '90s, particularly in Marvel UK titles. Fun fact (that Wikipedia just taught me): Death's Head didn't just magically become smaller between his Transformers and Marvel Universe appearances for ease of storytelling; that happened in a Doctor Who Magazine. This guy gets around. Also on the preview pages below: Somebody who looked familiar at first...and who our buddy Michael Brown pegged as a member of the Time Variance Authority. "The TVA claims responsibility for monitoring the multiverse and can prune timelines if they're deemed too dangerous to exist," says their Wikipedia entry, which seems like a pretty bad group to have around without good reason. Check out the official teaser information and preview pages below.

Marvel is pleased to present your first look at Avenging Spider-Man #17 from the red-hot creative team of Chris Yost & Paco Medina! The Superior Spider-Man is forced to work with the FF as the literal future comes crashing in on them, threating to destroy the Foundation itself and expose Spider-Man's ultimate secret! Can Spider-Man play nice with the kids of the Future Foundation while keeping the future at bay? Find out this February in Avenging Spider-Man #17! AVENGING SPIDER-MAN #17 (DEC120683) Written by CHRIS YOST Pencils by PACO MEDINA Cover by PAOLO RIVERA FOC – 2/4/13, ON-SALE – 2/27/13 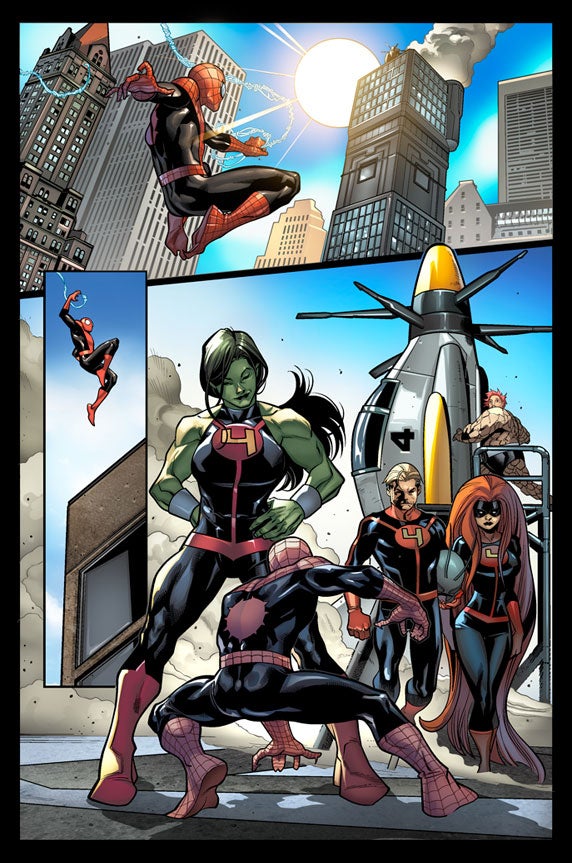 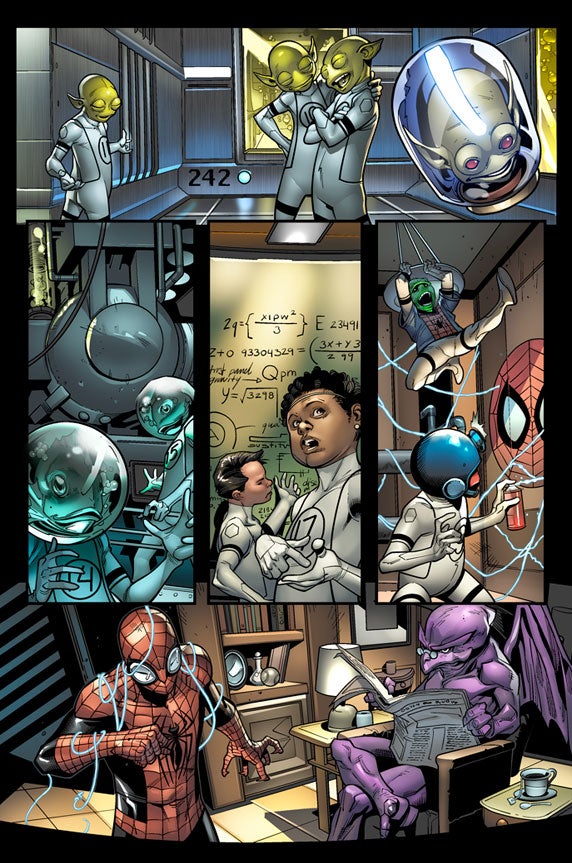 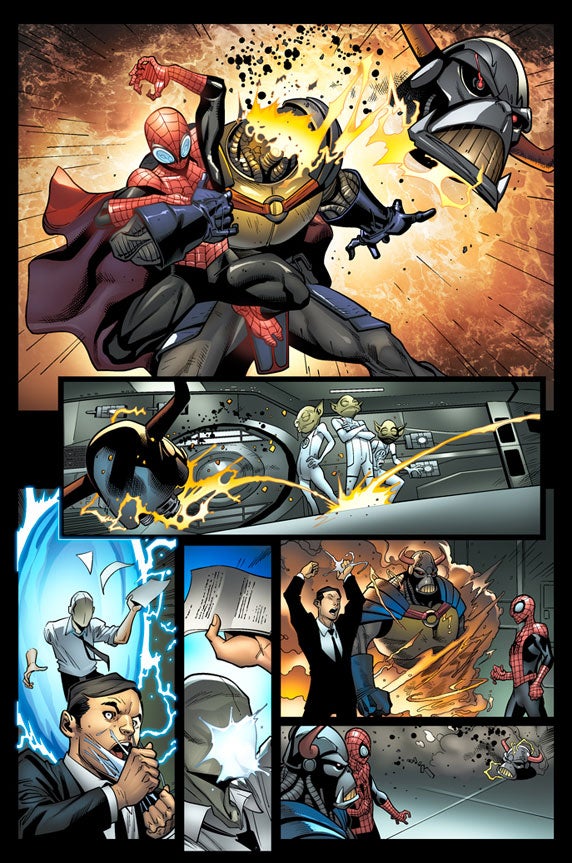