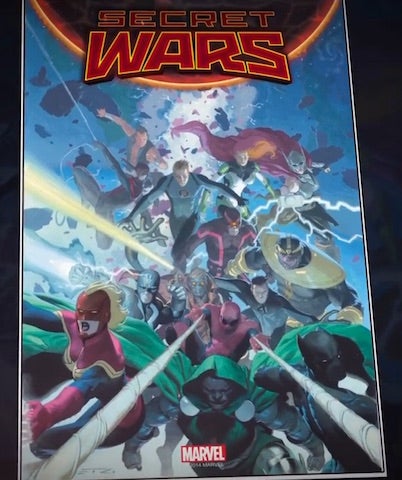 Marvel Comics has confirmed that the new piece of Secret Wars art, which debuted during last night’s Marvel: 75 Years From Pulp to Pop! special, is a variant cover to "Secret Wars #1." 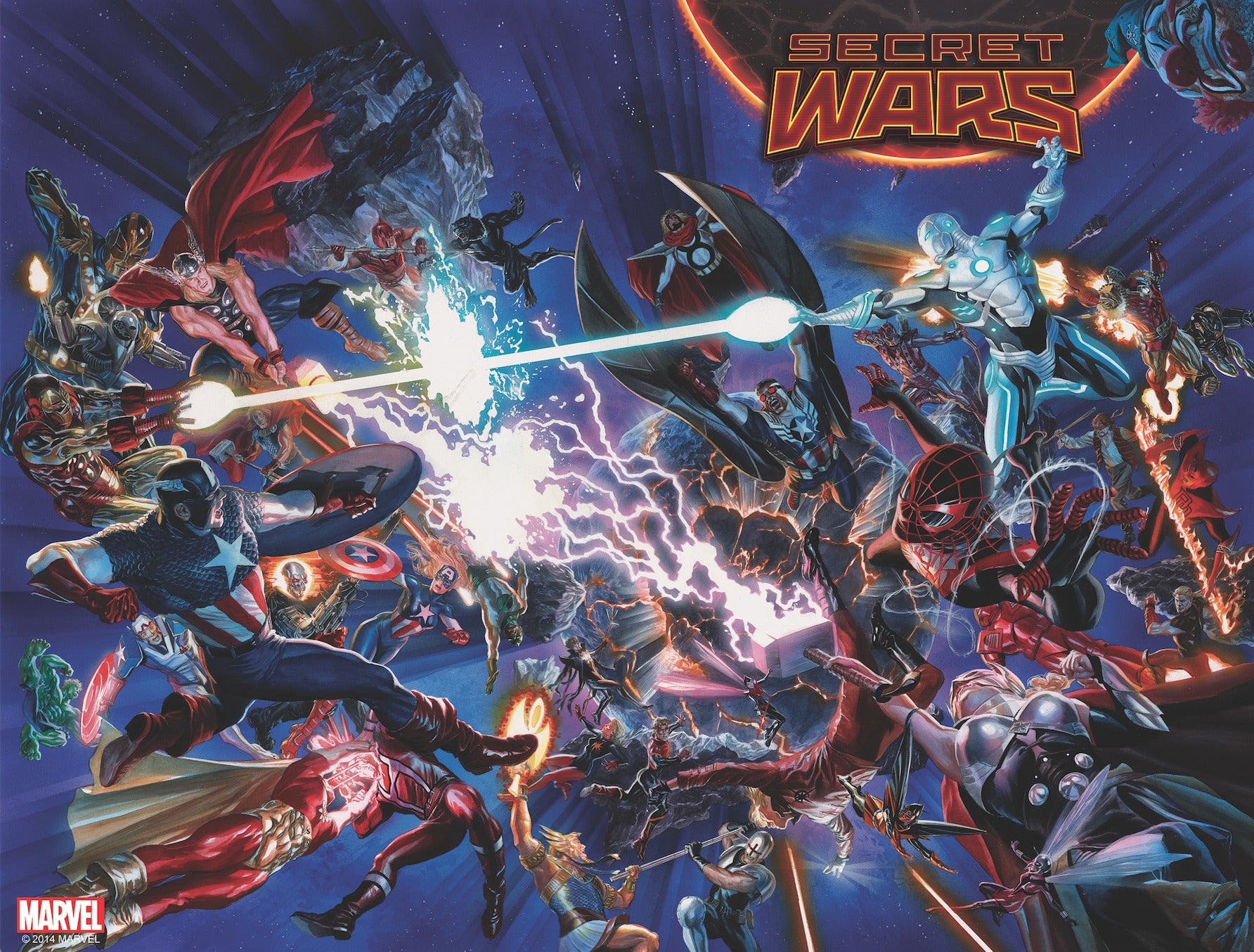 The most interesting inclusion, however, comes from what looks like two versions of Ultimate Reed Richards. The first Richards, next to Star-Lord, is wearing his classic Ultimate Fantastic Four uniform. The second Reed, next to Cyclops, has his current Future Foundation look, which he donned after turning evil, and then redeeming himself, in “Cataclysm.” We thought that Marvel would reach into the 616 universe’s past, but now it looks like that time-travel is open to any universe.

Marvel has not announced the regular cover to "Secret Wars #1," though it wouldn’t be surprising if they use the after-mentioned Alex Ross piece.

Secret Wars #1, Marvel’s year-long crossover event written by Jonathan Hickman and illustrated by Esad Ribic, launches in the first half of 2015.