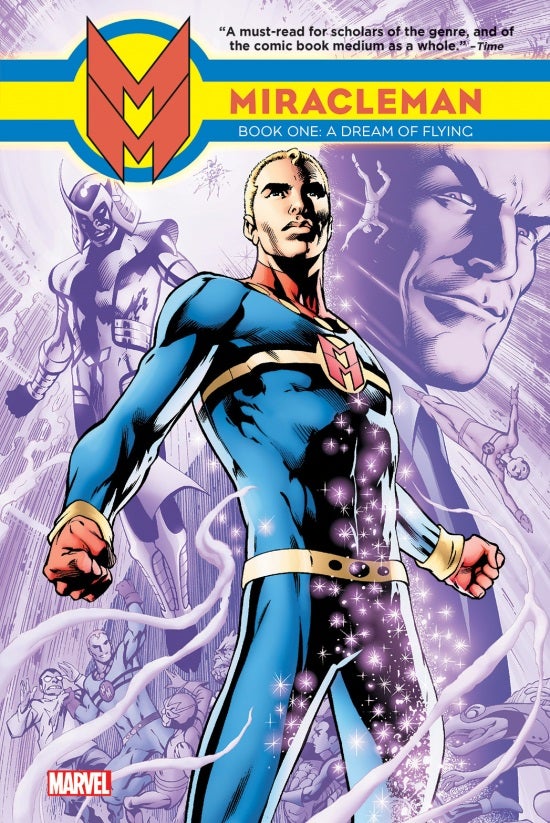 Miracleman Book One: A Dream of Flying

is now back in print for the first time in 20 years. Available today both digitally and in stores, the first collection collects the first four issues of Miracleman with additional supplemental material. Miracleman, considered one of the most important superhero stories of the modern era, was originally published in Warrior Magazine and then by Eclipse Comics and has been brought back into print for the first time in two decades by Marvel Comics. Marvel has put an impressive amount of marketing behind the new collection, with advertisements running in theaters during the Memorial Day weekend and in the New York Times. Miracleman: A Dream of Flying can be found digitally via the Marvel Comics app and Marvel Digital Comics Store and in print at comic shops and bookstores nationwide.

Miracleman Book One: A Dream Of Flying Now Available From Marvel Comics