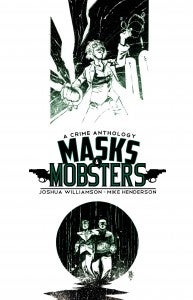 Monkeybrain Comics has released a preview of tomorrow's second issue of Masks & Mobsters #2 by Joshua Williamson and Mike Henderson.

The series, which tells the story of how organized crime adapted to the advent of golden age superheroes, ComicBook.com said of the first issue, "The fastest-moving and most exciting issue yet to come out of Monkeybrain and possibly the most enjoyable first issue of the year, Masks & Mobsters leaves you wanting a lot more, and soon."

$.99 – Ages 15+ – Someone is robbing from Golden City’s jewelry stores and not paying a cut to the Mob. It’s clear to the gangsters that the robberies aren’t your normal smash and grabs, but the cops are clueless and the Masks are too busy searching for Doctor Daylight’s killer. So three young wise guys decide to set up a stake out and catch the culprits. What they discover will change their lives and Golden City forever. 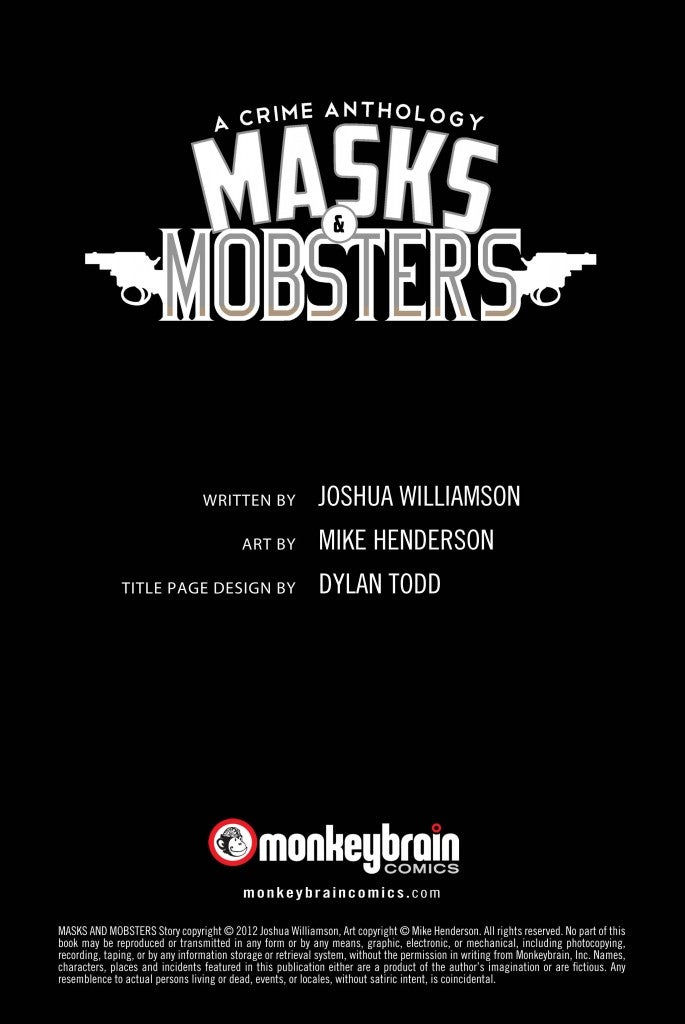 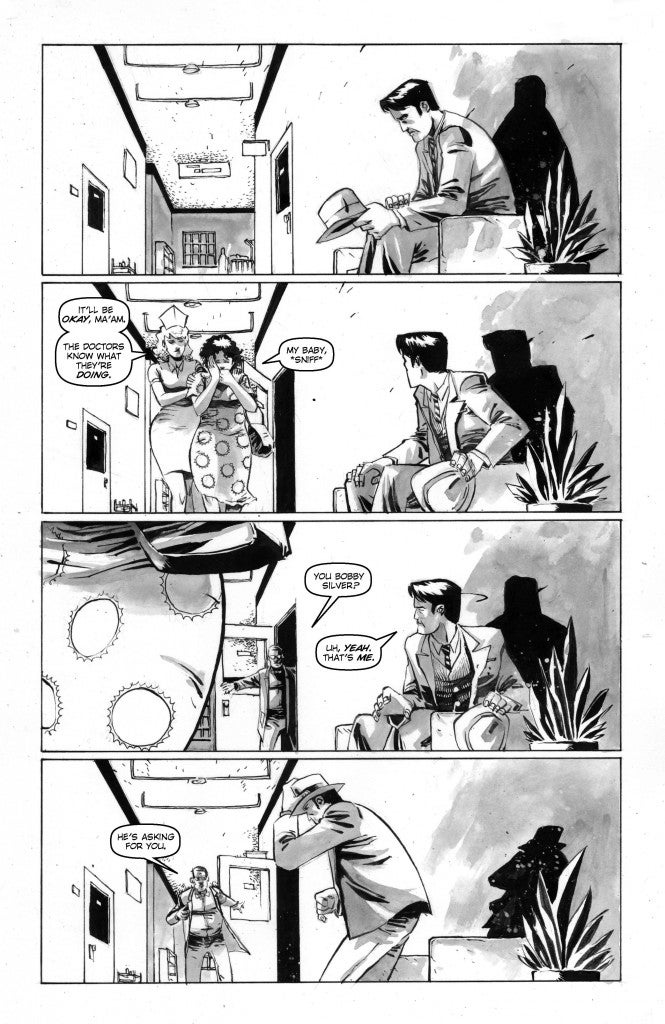 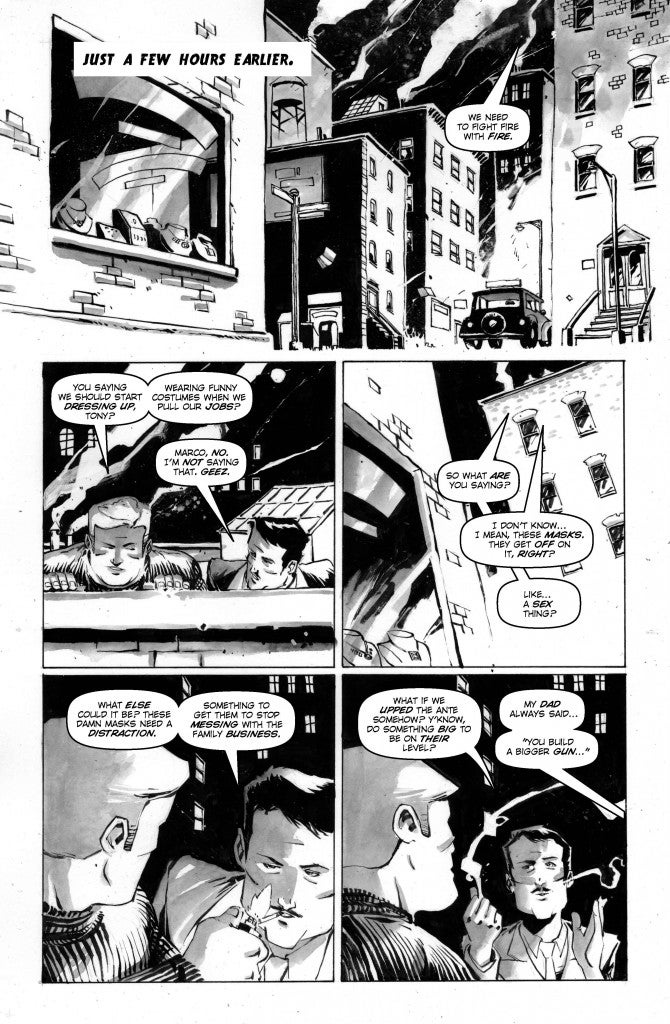 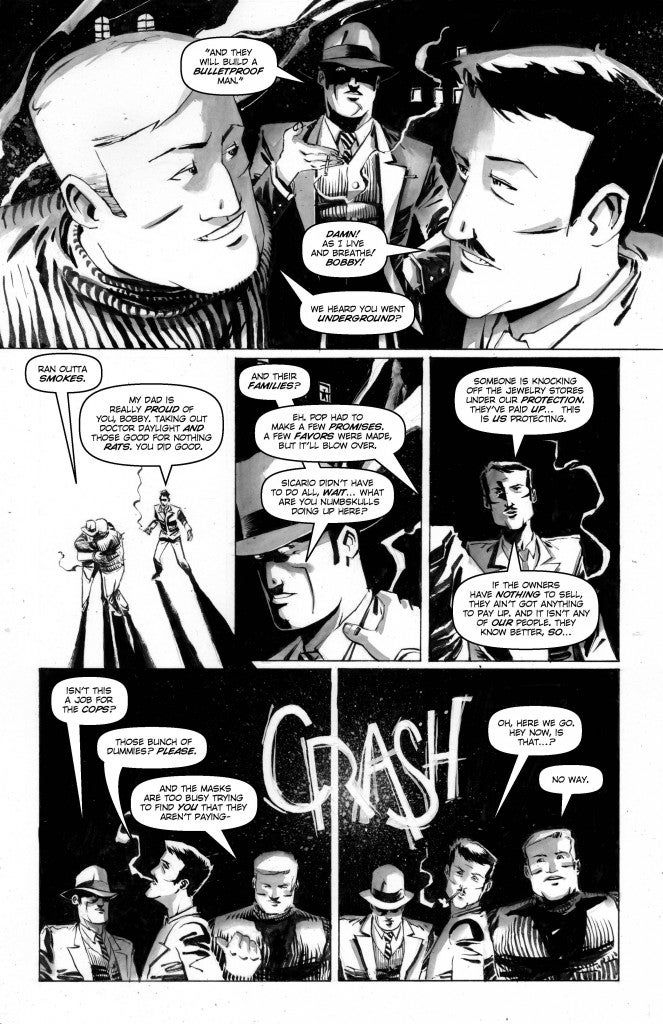 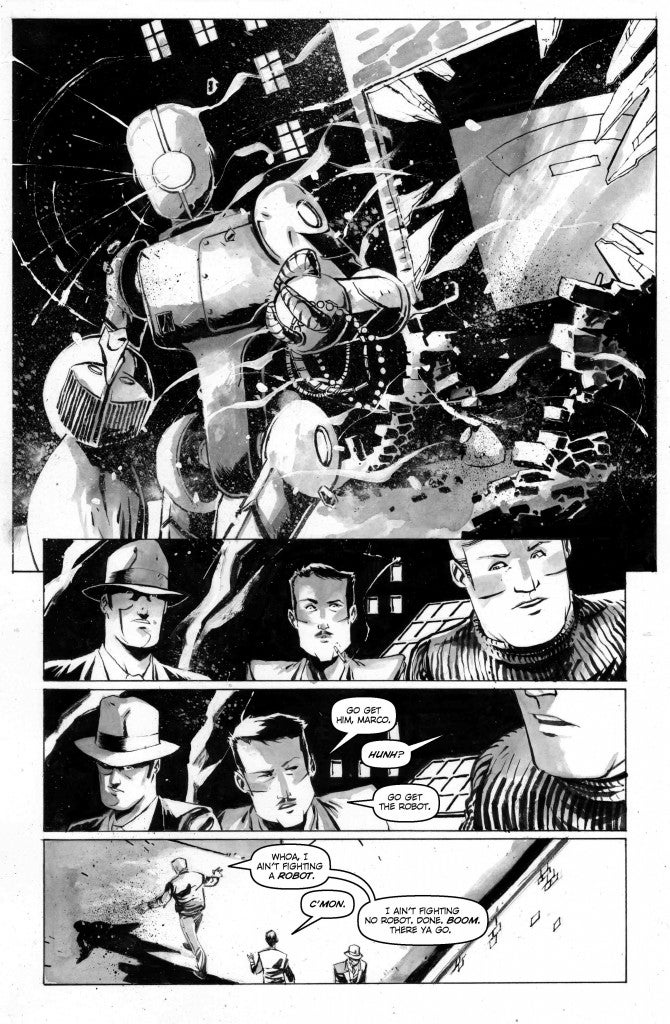