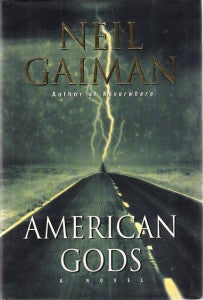 A television adaptation of Sandman creator Neil Gaiman's best-selling novel American Gods is officially moving forward at HBO. The series, which will begin in late 2013 or early 2014, is expected to run for six seasons and tell the story of Shadow, who's about to be released from prison when word reaches him that his much-loved wife has been killed in a car crash. It's just the first in a series of blows for the strong but silent type, who soon finds himself reluctantly working for a charismatic salesman called Mr Wednesday and drawn into a conflict between America's gods, old and new, reports Empire Online, who have a podcast interview with Gaiman embedded below. No word on casting yet for the epic mythological drama, which will reportedly cost about $40 million per season and will be produced by in part Tom Hanks.