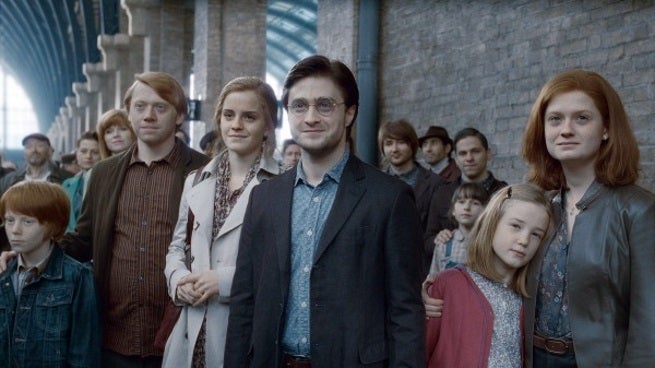 For the first time since the release of Harry Potter and the Deathly Hallows seven years ago, author J.K. Rowling has returned to the Wizarding World to write a new, 1500-word short story featuring Harry Potter and his friends.

Appearing on the Pottermore website, the short comes in the form of a Daily Prophet newspaper article written by Rita Skeeter, the journalist everyone loved to hate in the original Potter novels. The article covers Harry Potter, now approaching his 34th birthday, attending the Quidditch World Cup final – Brazil vs. Bulgaria – and reuniting with other members of Dumbledore’s Army.

The story notes how Harry and Ron have visibly aged since fans last saw them, as well as Hermione’s busy lifestyle. It also touches on the lives of Ginny, Neville Longbottom, and Luna Lovegood.

Pottermore has been covering the Quidditch World Cup in articles written by Rowling, but this is the first to mention Potter and his friends.

Rowling hasn’t revealed any plans to write any further stories about Harry’s adult life, but is currently writing the screenplay for the Harry Potter spinoff film, Fantastic Beasts and Where to Find Them, which will be her screenwriting debut.