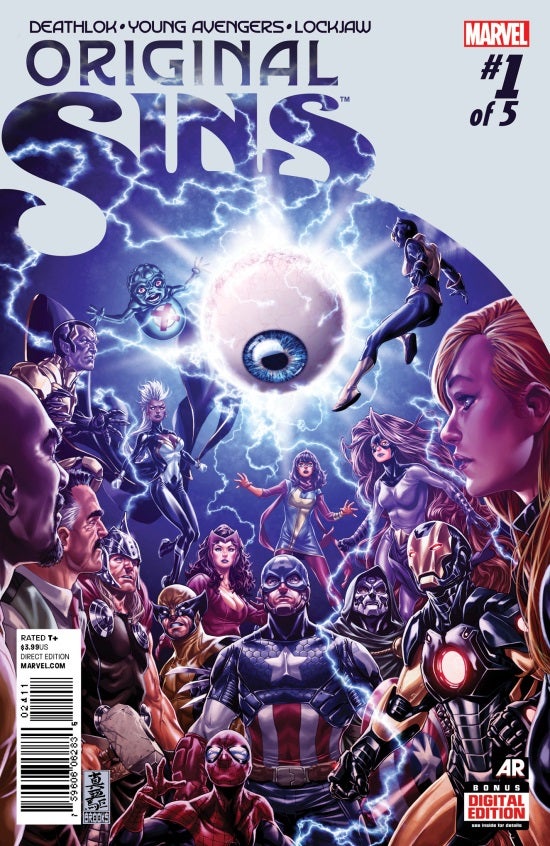 Marvel Comics has released a preview of Original Sins #1, the first issue of a five-part series exploring the effects of the events of Original Sin on the wider Marvel Universe. Each issue contains three distinct stories spotlighting a different character or group in the Marvel Universe. "Like the ultimate NSA leak, the Watcher – regardless of whether you're a hero, villain, innocent bystander – the Watcher has seen everything you've done," says Executive Editor Tom Brevoort. "He's seen it and he knows all, and there's so much that affect so many players in the Marvel Universe that apart from the spine of the murder mystery proper [in Original Sin] and the impact on the characters that have their own titles, there was still grist to deal with characters of all sorts throughout the Marvel Universe." Original Sins #1 will shine the spotlight on Deathlok, Lockjaw and the Young Avengers. In Deathlok's story, writer Nathan Edmondson (Black Widow, The Punisher) and artist Mike Perkins expose the secrets of the cyborg super-soldier. But all is not as it seems. And a hidden truth will finally be revealed, setting the stage for Deathlok's return to the forefront of the Marvel Universe. Eisner-award winning writer Ryan North (Dinosaur Comics, Adventure Time) and artist Ramon Villalobos (What If: Age of Ultron) follow the Young Avengers in the first of a 5-part serial running through each issue of Original Sins. As Hulkling, Marvel Boy and Prodigy attempt to track down the super-powered crime-lord The Hood, even they're not prepared for what they find. And for one Young Avenger, the death of the Watcher will become a very personal affair. Writer Stuart Moore joins artist Rick Geary in exposing the secrets of the faithful Inhuman companion Lockjaw. Original Sins #1 ships this June. ORIGINAL SINS #1 (APR140638) Written by NATHAN EDMONDSON, RYAN NORTH & STUART MOORE Art by MIKE PERKINS, RAMON VILLALOBOS & RICK GEARY Cover by MARK BROOKS FOC – 05/19/14, On-Sale 06/11/14 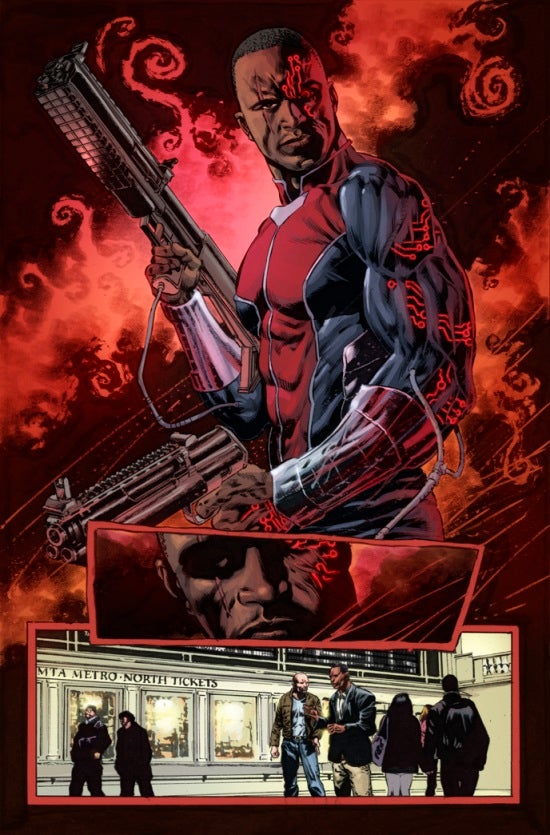 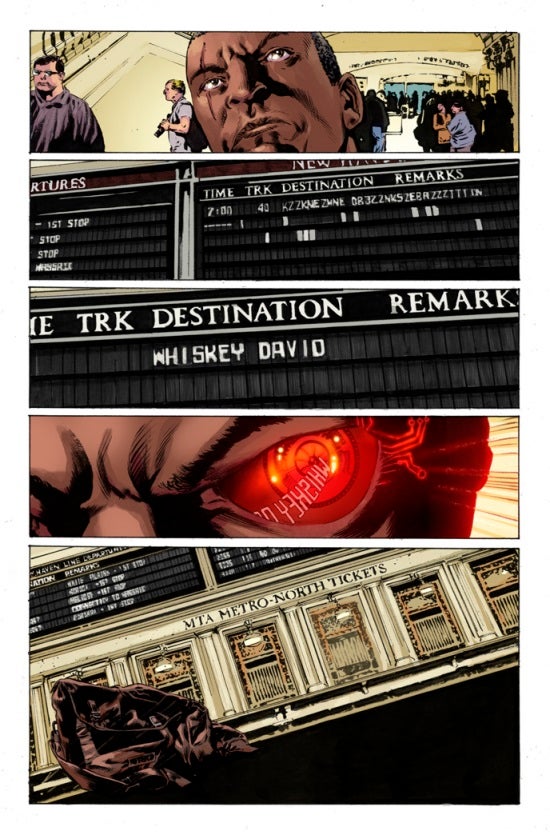