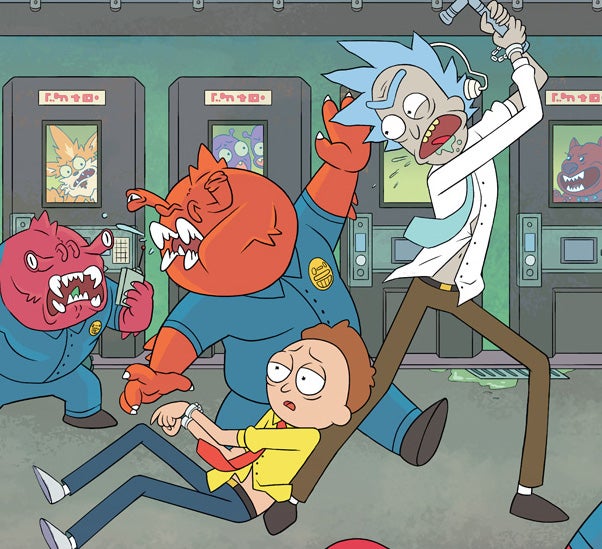 To help ease the wait between seasons of Rick and Morty, Oni Press will publish an ongoing comic series based on Dan Harmon's Adult Swim cartoon.

Written by Zac Gorman and illustrated by CJ Cannon, the series will continues the misadventures of of the sheepish Morty and his psychotic mad scientist of a grandfather, Rick.  The first issue hits comic shops this April, but those attending Emerald City Comic Con in March will have the exclusive chance to snag it first. Sure, it might not be fair, but it's definitely a move that Rick would pull.

While the first issue is still in the works, Entertainment Weekly debuted the series' first lettered pages, albeit with unfinished pencils. But even in its unfinished form, the series certainly looks to like it will capture the show's cartoonish atmosphere and zany tone. Check out the first few pages below, then head to EW for the rest. 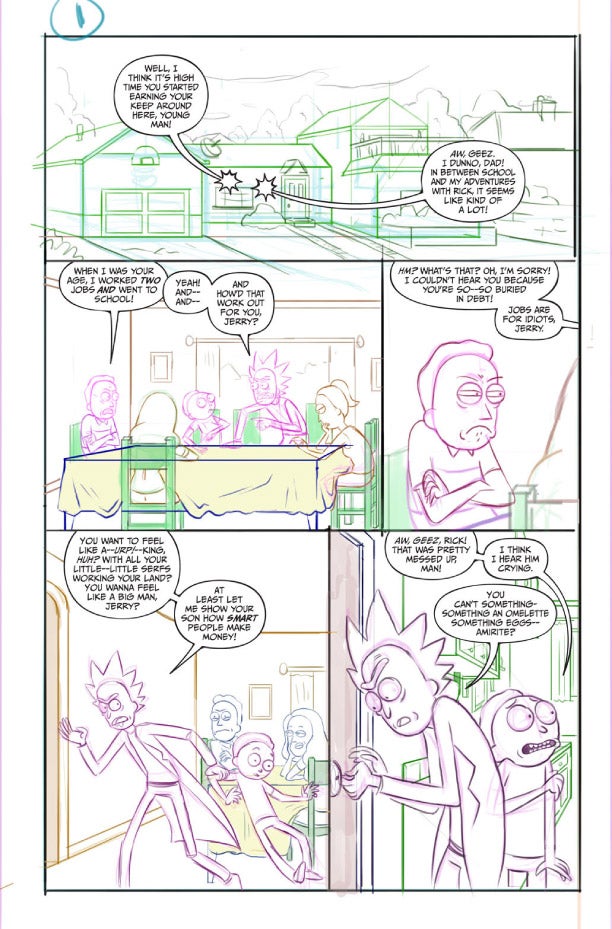 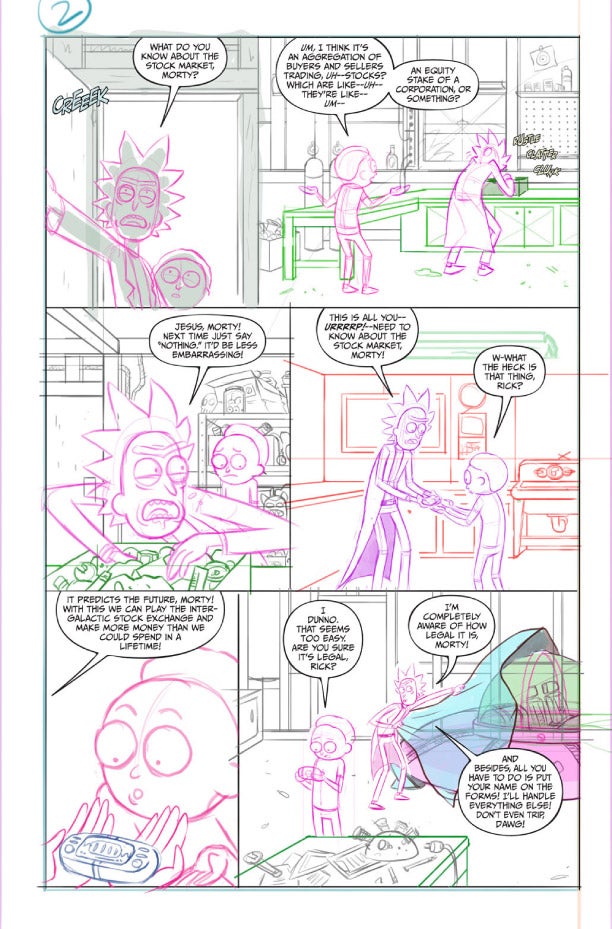 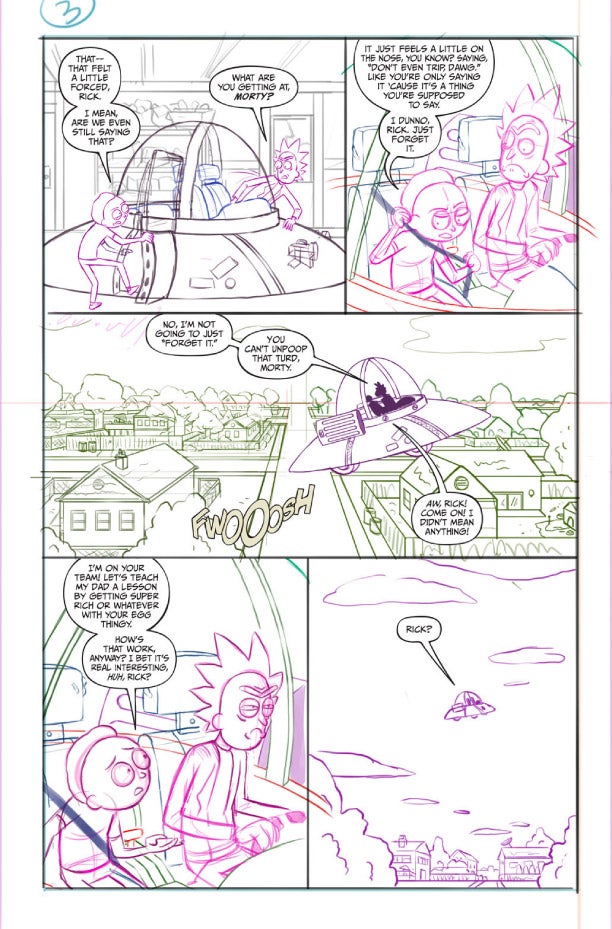