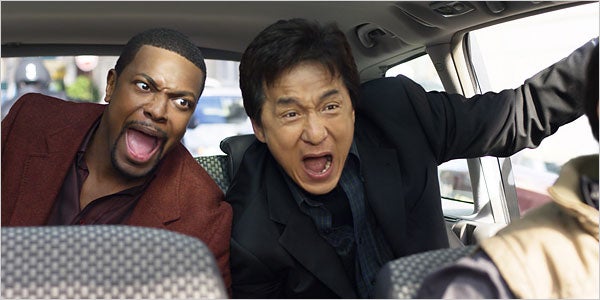 The project will reportedly be an action-comedy similar to the film franchise, following a staid and by-the-book police officer from Hong Kong working with a flamboyant American cop who doesn't want a partner. No word on whether the series will continue to be set in Los Angeles or whether somewhere else will get the production.

Developed at Warner Bros. Television and then taken out to networks this week, the pilot is being written by Lawrence along with writer/producer Blake McCormick, who may serve as showrunner.

For years, there have been rumors that a fourth film was coming, with franchise star Jackie Chan apparently indicating last month that Warner Bros. was still interested. It seems unlikely that they will co-develop a sequel and a TV series at the same time, although stranger things have happened, especially at Warner Bros.