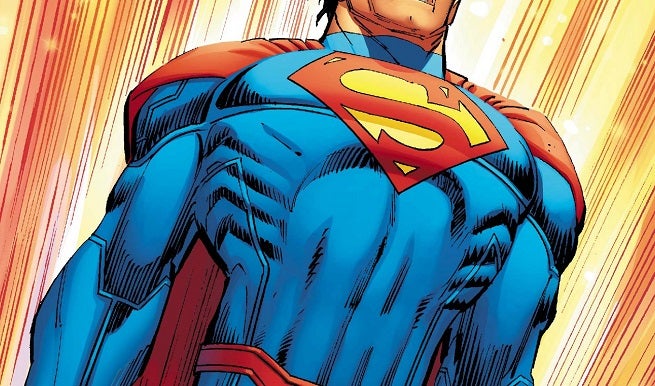 For months now, there have been rumors that Superman's costume would experience some tweaks coming out of the first Geoff Johns/John Romita, Jr. run on Superman in the New 52...and now it appears the new costume has been revealed.

With a yellow rectangle on his belt rather than a red pentagon and books that look more like the classic Superman boots than the clunky, metallic variety seen since 2011, the costume certainly seems inspired by the Batman V Superman: Dawn of Justice iteration of the super suit. The cape also tucks into a seam along the top of his chest, similar to how it attached onscreen.

You can check out the full costume below, courtesy ComicVine. 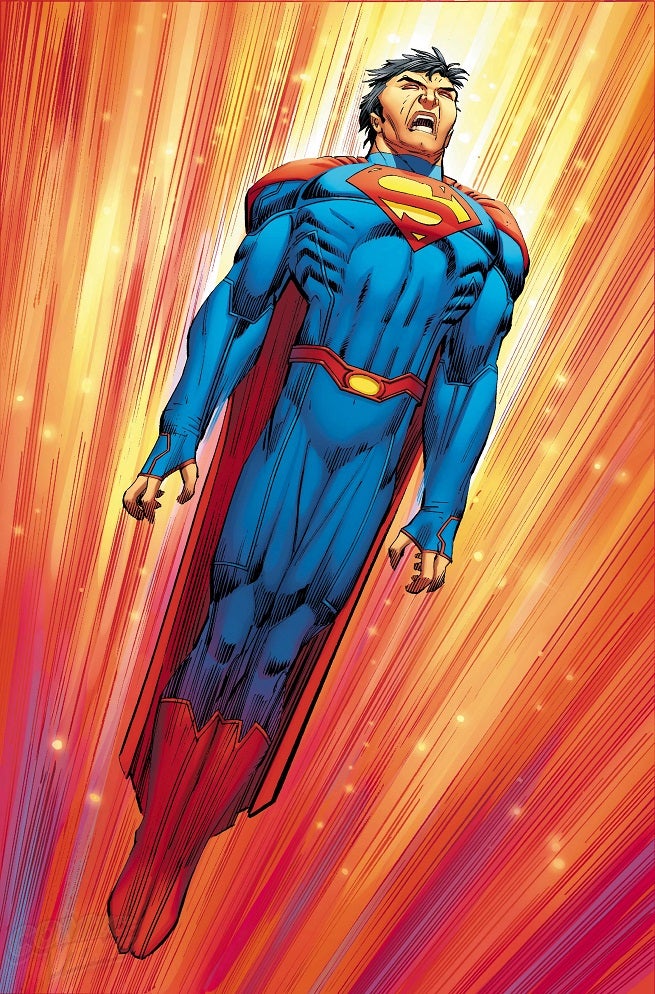 Still, it isn't a shot for shot remake. The neckline is still much higher than the big-screen version, and there's piping all around the torso, arms, legs and the belt. And there's that odd effect of fingerless gloves built into the costume's sleeves.

The costume will presumably debut in Superman #39, due in stores February 25. The image above is a variant cover for that issue by series artist Romita.