Today at San Diego Comic-Con International's Publisher's Weekly panel on graphic journalism, political cartoonist and graphic novelist Ted Rall debuted the cover of Tales From the Crypt of Democracy, his forthcoming graphic novel that's included inside 7 Stories Press' Billionaires and Ballot Bandits by New York Times-bestselling author Greg Palast. A parody of EC Comics' classic horror title Tales From The Crypt not only in title but in its look, the cover features a trio of circles superimposed on the spine of a half-cover image, with the logo taking up the top part of the book. Since ComicBook.com Senior Staff Writer Russ Burlingame is serving as an editor Palast's book, we have an exclusive look at the image below! Check it out. The book will be on the stands any day now, and we'll be talking to both Rall and Palast as it comes closer to publication. 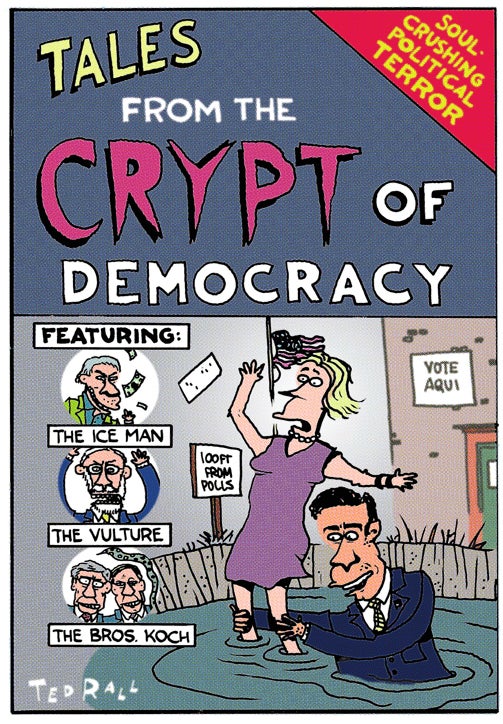