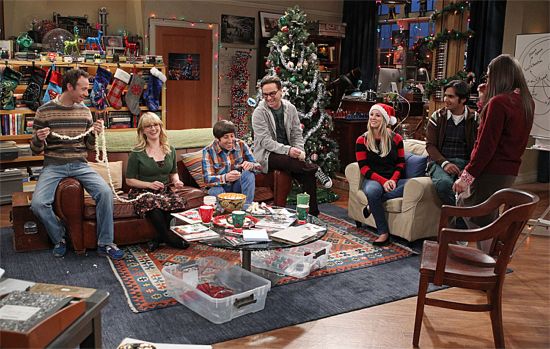 CBS has released some sneak peek photos and two sneak preview videos for The Big Bang Theory Season 7 Episode 11 “The Cooper Extraction.” In the first sneak preview clip, Sheldon is out of town and doing a video chat with the rest of the gang. Sheldon says, “The second I go out of town you throw a Christmas party without me.” The rest of the clip focuses on Lenoard, Penny, Raj, Howard, and Bernadette imagining life without Sheldon.

In the second clip, Leonard, Penny, Raj, Howard, and Bernadette are putting up Christmas decorations. Leonard says that since Sheldon is gone that the tree decorating rules are out the window, and Penny adds that they won’t have to use Sheldon’s ridiculous ornament spacing template.

In “The Cooper Extraction” episode, while Sheldon is away in Texas, everyone gathers to decorate the apartment Christmas tree, and they each realize how much he has changed their lives. 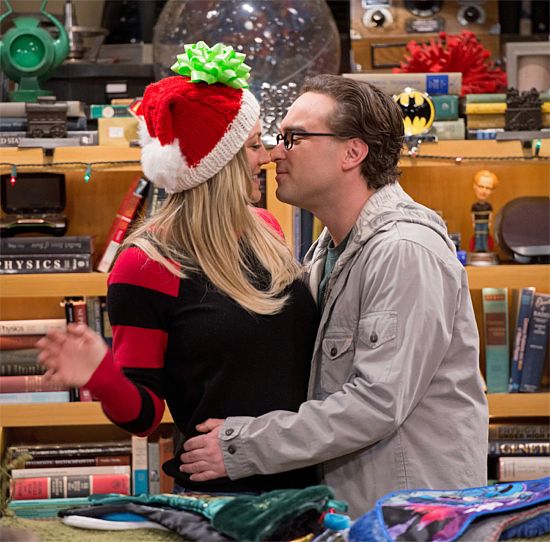 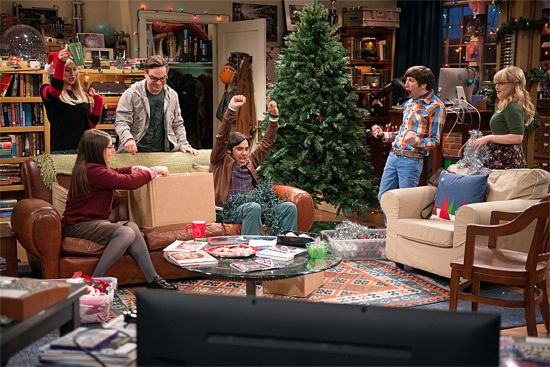 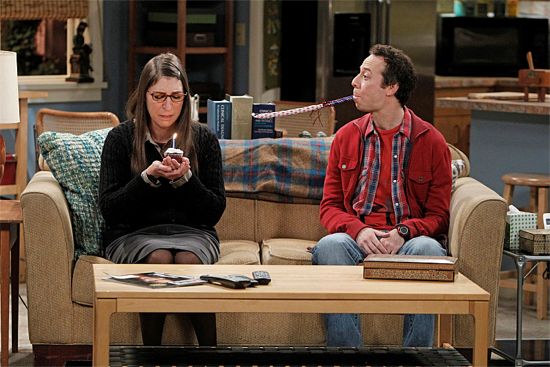 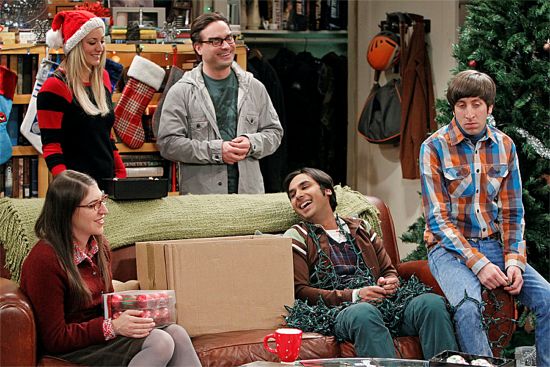 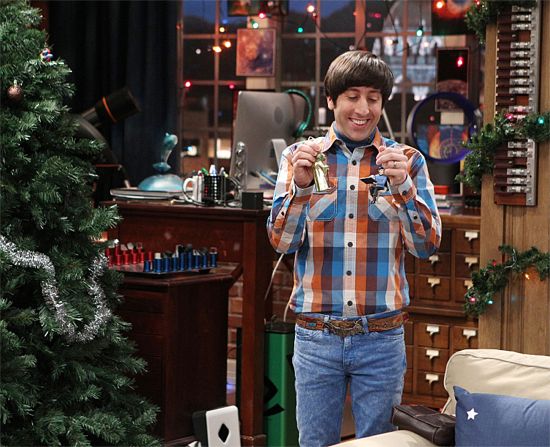