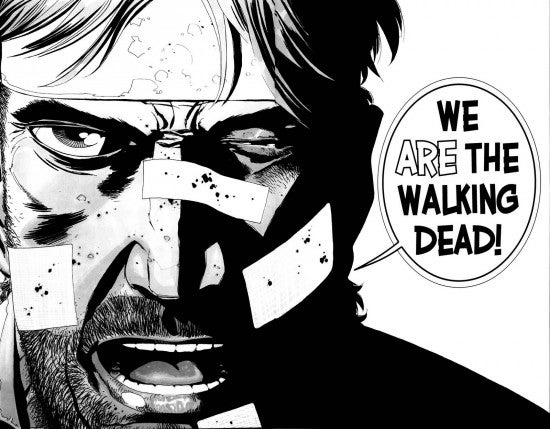 During a Reddit AMA session held earlier today, Robert Kirkman reiterated his previous position that The Walking Dead will run around 300 issues -- but clarified that it's not a specific number, as much as the general plan he has.

"I do plan on doing at least 300 issues, but if I'm having this much fun then I won't stop there," Kirkman told a fan who asked about the number, which he's mentioned in interviews before. "Also, if I suddenly start having a lot LESS fun, I may end it earlier, but I don't see that happening. I'm in for the long haul, and Charlie Adlard is too."

The same person asked about the possibility of moving the narrative to a new group of survivors or a new locale -- something that had never really been seriously considered until recently, when solicitation text appeared to show a world without Rick Grimes and his group.

Kirkman answered, "As far as a new group/location... not exactly... although there are some REALLY cool changes coming up in issue 127."

And, of course, next week's #124, in which we'll reportedly learn the "final fate" of Rick Grimes.

The Walking Dead Planned For Around 300 Issues, Depending on How "Fun" It Is