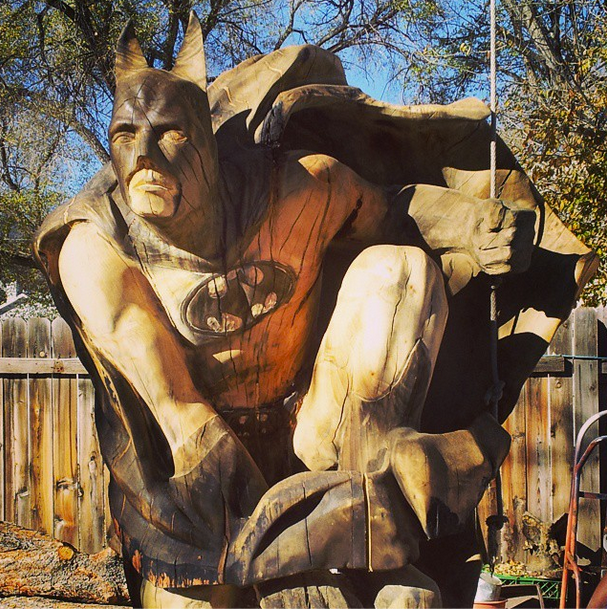 As a pop culture icon, Batman has dominated every single artistic medium. But, we didn't know how true that statement was until we discovered this impeccable wood carving of The Dark Knight, which brings Batman out of the gritty streets of Gotham City and into the lush woods of the forest.

The carving was crafted by Thomas Earing, a professional wood sculptor based in Seattle, Washington. Using a chainsaw, Earing can create massive wood sculptures like the Caped Crusader's in about 30 hours. His process, according to a local newspaper, includes carving, sanding, chiseling, and oiling.

One of my greatest creations!

The Batman carving has, naturally, been a hit on the Internet. When Earing first posted a photo of his Batman on Reddit, he claims it received 6 million views. According to Earing's website, the sculpture is for sale at an undisclosed amount.

Groot, you may have met your match as the geek community's favorite hunk of wood.

This Batman Wood Carving Is Amazing