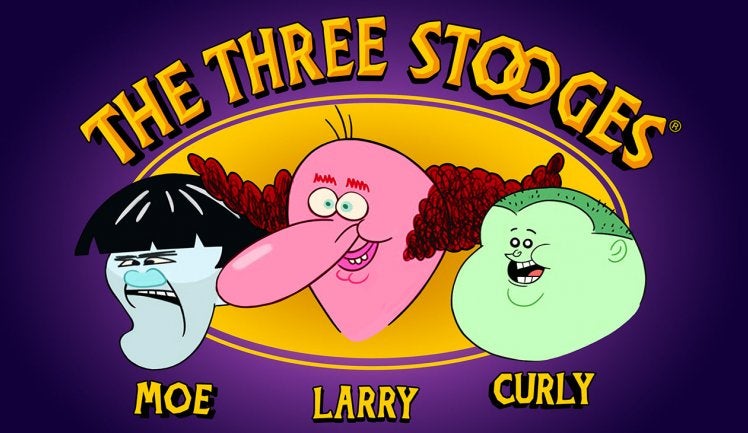 The Three Stooges are returning to the screen -- this time the small screen, as an animated series.

Londer-based family entertainment firm has partnered with animation house Titmouse and C3, the owners of the Stooges estate and brand, to produce 52, 11-minute segments which will be launched to potential buyers at the market of the Annecy International Animated Film Festival, according to The Hollywood Reporter. The project will also be selling at licensing expo LIMA.

THR also says that the shorts will have very little in the way of dialog, opening them up to easy international translation and distribution. It stands to reason that they will focus on physical comedy and that actors will primarily be delivering comical noises in response.

More than 220 movies have been made featuring the characters, including a forgettable attempt at a feature film franchise back in 2012.

Christy Karacas, the co-creator of Adult Swim's Superjail!, created the animatic for the pilot and will direct it.

"I grew up watching The Three Stooges with my father. When I signed on to helm this new show, I made a blood oath to my Dad that I would treat the Stooges brand like it was a newborn baby Fabergé egg," said Titmouse president Chris Prynoski. "With the cartoon making team we have lined up at Titmouse, it's sure to be the most batty, bananas, insanely giggle-inducing version of the Three Stooges your eyeballs and brainhole have ever experienced. Dad, I won't let you down!"

No cast has been announced as yet.

Three Stooges To Be Revived as an Animated Series