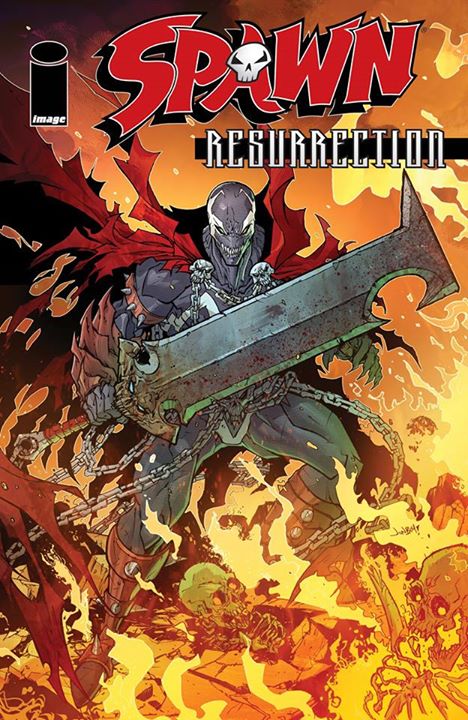 Todd McFarlane has released the cover image to next year’s “Spawn: Resurrection #1.”

The one-shot, which is part of Spawn’s issue #250 milestone celebration, welcomes the incoming  creative team of writer Brian Wood and artist Jonboy Meyers. After the duo complete their work on “Resurrection,” they will shift over to the main “Spawn” title with issue #251. Along with the new creative team, readers can expect to see Al Simmons, the original Spawn, return to McFarlane’s world of superhero horror.

As McFarlane revealed on his Facebook page, “Resurrection #1” will serve as a primer for new, lapsed, and devout Spawn readers alike. Those unfamiliar with Spawn will have an accessible entry point into the franchise, while those more familiar will finally learn where Al Simmons has been during his hiatus from the title.

McFarlane also indicated that the Spawn team is hard at work preparing for the big #250 celebration, stating that he is finishing on the script for “Spawn #249,” and putting the pieces together for “Spawn #250.”