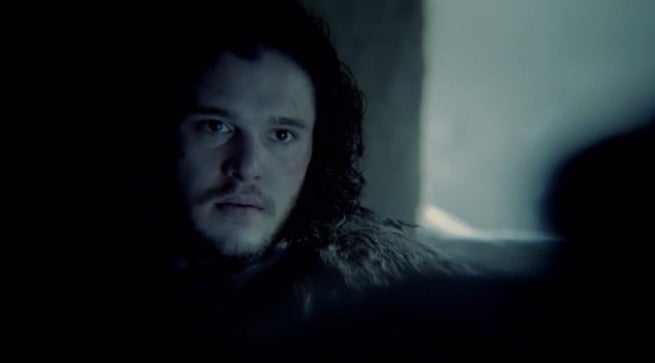 HBO has released two new clips from Game of Thrones Season 5. Both clips are branded as “The Sight,” pearing into the future in the same way that their Three-Eyed Raven viral marketing campaign has. As a result, there’s a blurriness to the clips, but they’re at least longer and more clear than those mysterious mobile-only videos.

The first clip show Brienne of Tarth (Gwendoline Christie) and Podrick Payne (Daniel Portman), as Brienne explains how she never wanted to be a leader, but to follow someone worth following.

The second clip brings us to the Wall, to listen in on a conversation between Jon Snow (Kit Harrington) and Mance Rayder (Ciarán Hinds).