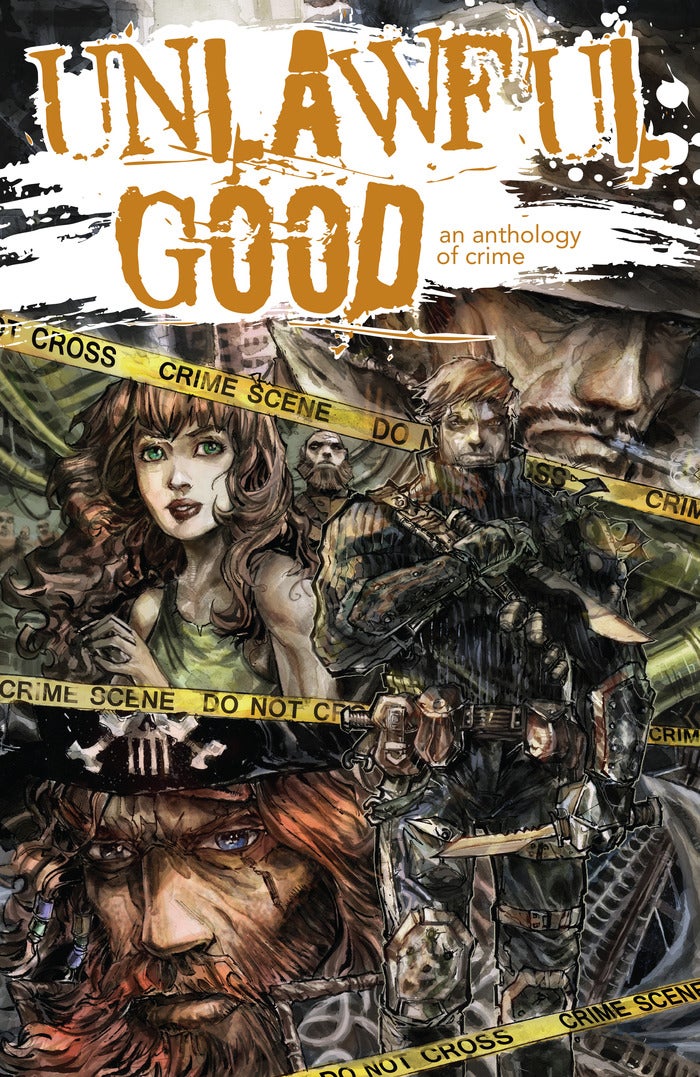 Heather Antos is someone who's going places.

That's the first thing we were told -- by one of the creators who works on Red Line Comics's Stronghold, a title Antos edits. Brian Visaggio, who writes the series, told us that bringing Antos on to edit their comic was "more work for him," because every editing call she ever makes is right so he ends up listening to every little recommendation.

Later, we bumped into her at Artist Alley at New York Comic Con, and discovered that she's been working on the much-buzzed-about Unlawful Good anthology, currently being funded on Kickstarter. The crime anthology features the work of dozens of creators from around the world, with Antos giving a vague directive that the stories would be about "crime" as the sole unifying characteristic.

Antos is handing out an impressive sampler comic, featuring two full stories and a cover by Tony Moy, at New York Comic Con. You can check out the trailer for the project below.

Antos joined ComicBook.com for a discussion of her upcoming project, and how it came to be.

Can you give us an elevator pitch for the project?

Sure. Unlawful Good: An Anthology of Crime is a crime anthology featuring the work of over forty creators from three continents in 17, 8-page, crime-themed stories. I got the idea because I wanted to make a collaborative piece and connect readers from around the world on a very relative theme that anyone can pick up and find something that they like, find something that they want to do. I think crime is something that is that.

We have a fascination with crime; I mean, every year there's ten more crime shows that we see. With crime, you can have drama, comedy, horror, fantasy, mystery...but it's still all crime, so that's where I came up with the idea. 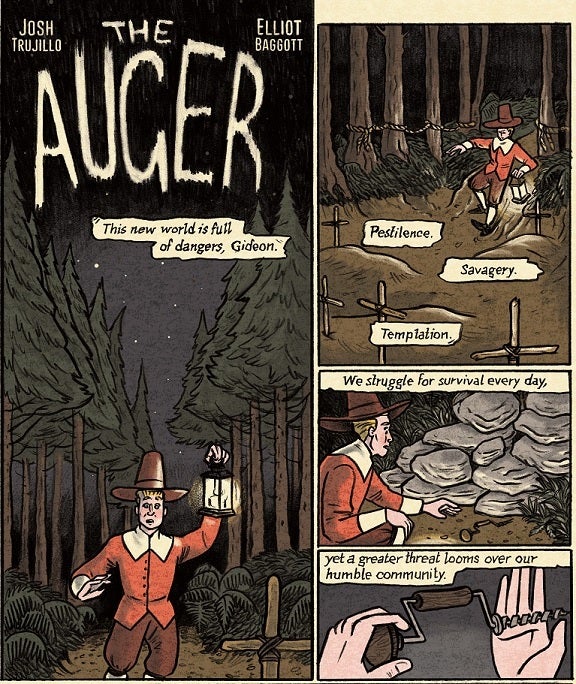 Do you have some personal favorite crime books that inform your take on this concept?

Well, I grew up reading the old Dick Tracy comic strips so I love that sort of stuff. But even more so recently, I got into Ed Brubaker's Velvet from Image, which is this very cool, modern noir story and I love that. I love Dexter. That book series is great. I love mysteries, I grew up with the Boxcar Children series so I think it's just something that is very much a part of my life.

Actually, when I was in high school, I wanted to work in forensics, so it's always been very much a part of who I am, liking that mystery element.

Can you tell us a bit about the creators involved in the anthology?

We have a story in the anthology by Steve Orlando, who just released the full trade paperback of Undertow through Image [ed. note: see our interview with Orlando here]; his story is a crime noir, sci-fi alien story. We have a story that's written and drawn by Jay P. Fosgitt, who does Bodie Troll for Red 5 Comics but he also does illustration for My Little Pony on and off. We have Dirk Manning, who does a horror anthology called Nightmare World through Image and he's worked with Riley Rossmo. That's just a few. We have literally more than forty creators on this book, so it's insane. A lot of people.

You've been working on editing some smaller projects recently; did you meet these creators through that social network, or are you reaching out to new talent for Unlawful Good?

I'm on Twitter and I put the call out, I want to edit comics. I'm here to help creators make their book the best book that it can be, because that's what we all want: we want to put out a good product and we want our names on a good product. Some of the creators that I'm working with are involved with the anthology, but I met other creators through other things, through going to cons, stuff like that. I'm working on I think seven projects right now, so if you're looking for an editor, you can find me. [laughs] 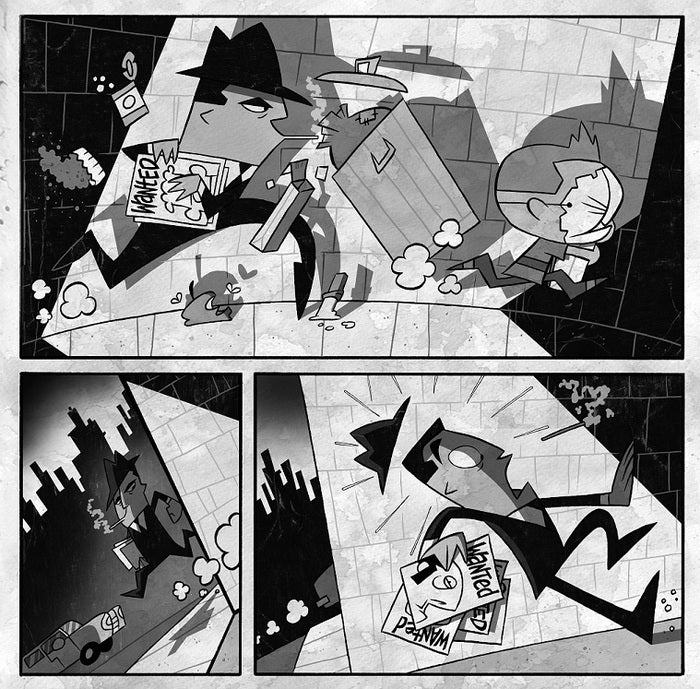 Do you hope to do more of these in the future?

I do want to keep working on the smaller projects. I love doing that, I love working on a multitude of genres and that's great. I love getting to explore these different worlds. But I do plan on doing a different-themed anthology each year. So next year, I already have planned that I want to do an urban legend-themed anthology, the year after that I want to do like a fractured fairy tale-themed anthology. I think it's a great way for up-and-coming creators or under-the-radar creators to network and be able to get the opportunity to work with an editor and work on a schedule and work with someone other than themselves as a boss and I think it's a great experience for everyone involved, for any starting creator.

Some of these kinds of projects obviously have gone from self-publishing to working with publishers like Dark Horse and Image and IDW Publishing. Would you be interested in exploring that kind of relationship or do you want more control than that?

Eventually, I would absolutely love to distribute it so the world can see what all these fantastic creators can do. I didn't really explore that route as much with this book because it was my first time working on this magnitude of a project, but absolutely in the future, I plan on exploring my options and talking to my different connections that I do have because I would love to help anyone involved with these projects to find support and find followers.

Is there anything really obvious I missed, since we did this with no notice?

Unlawful Good is still on Kickstarter. There's about another three days, so if you want to get your hands on a copy, there's still time. We've got awesome stretch goals, including a variant cover from Ryan Browne, who does God Hates Astronauts at Image, and we're also going to make the books hardcover, which is really cool. You can get some cool stuff; you can get the book, you can get some commissions, you can get some other SWAG, so check it out, and if you just want to talk comics, hit me up on Twitter.

Unlawful Good's Heather Antos Talks Her Kickstarter, Building a Career in Comics Editing and What's Next