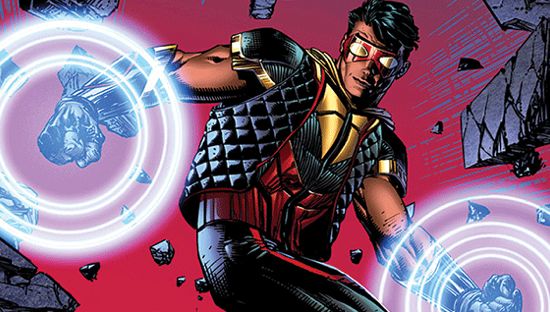 One of the things that has helped to make The CW's Arrow a fan favorite is the inclusion of other characters from the DC Comics Universe in the series. It probably shouldn't come as a surprise that it looks like the new Flash TV series will follow the same formula.

According to a new report on Moviehole, The CW's The Flash pilot episode will feature an appearance by Hispanic hero Cisco Ramon, who is better known as Vibe. As his name suggests, Vibe has the metahuman ability to emit powerful vibrations from his body. In the New 52, Vibe got his powers from being caught in the event horizon of a Boom Tube. He is a member of the Justice League of America.

If Vibe's appearance in The Flash pilot proves popular, it's rumored that he could become a regular on the series.