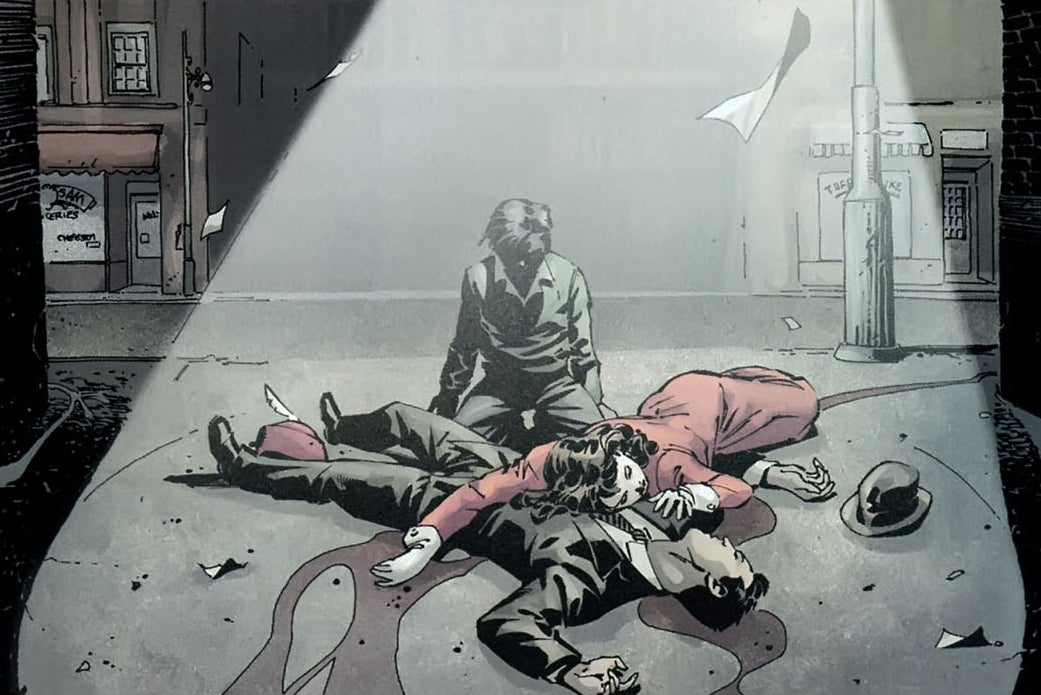 Filming is set to begin on one of Batman V. Superman: Dawn of Justice's most pivotal scenes: The murder of Thomas and Martha Wayne.

Film writer and blogger Dan Marcus grabbed a shot of Batman V. Superman's Chicago production set, revealing that The Waynes will indeed see The Mark of Zorro before meeting their demise. This is will mark the first time that a Batman film has acknowledged Zorro, and the significance it has to Bruce Wayne. While a trademark detail in Batman's comic book origins, The Mark of Zorro was replaced by an opera in The Dark Knight trilogy, and completely unaddressed in the Burton/Schumacher films.

Zorro's inclusion now raises questions on how much time Batman V. Superman will spend revisiting Batman's origins. Almost everyone is familiar with the Wayne murders by now, and this Dark Knight will be introduced as a seasoned crime fighter, eliminating an elaborate origin sequence. More likely than not, the film will briefly revisit the origin through a flashback scene. In fact, "Batman: The Dark Knight Returns," one of Batman Vs. Superman's primary inspirations, heavily references The Mark of Zorro and its link to Batman's past. 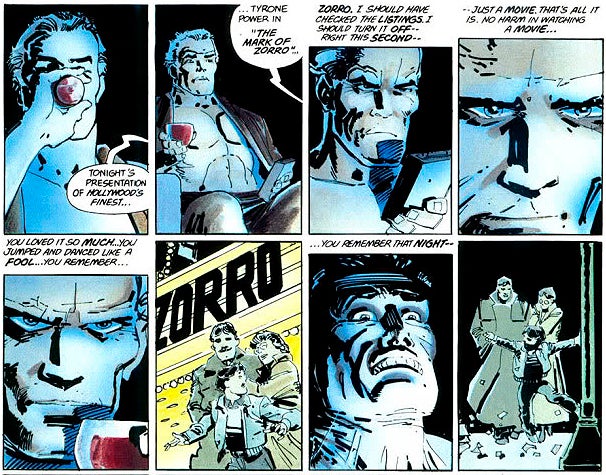 But until the film announces official casting for Thomas, Martha, or young Bruce Wayne, it's possible that Bruce Wayne may just visit the memorable site.