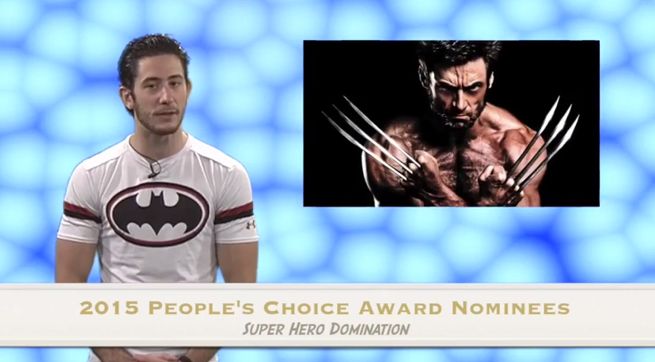 Comicbook.com’s weekly round-up brings fans a collection of the biggest stories of the week in comic books, movies, television, and video games. For the week of November 7, host Brandon Davis covers Furious 7, Minions, X-Men ’92, The Walking Dead, and more.

On July 10, 2015, the little yellow guys from Despicable Me will be getting their own feature film in their self-titled film, Minions. The film will follow minions, Kevin, Stuart, and Bob from pre-historic times searching for a leader to serve, starting with a T-Rex, leading them to New York in the 1960’s where they will face have to fight against the annihilation of all minionkind.

Another trailer released from Universal this week featured the late Paul Walker and the voice of Groot himself, Vin Diesel. The explosive, action packed trailer sets up the seventh installment of the Fast & Furious franchise. This time around, the franchise is adding lots of new faces, like Jason Statham, Djimon Honsou, Tony Jaa, Rhonda Rousey, and Kurt Russell. Furious 7 hits theatres April 3, 2015.

The 2015 People’s Choice Awards nominee’s have been revealed and they include more than a handful of nominations from the super hero community. Among the nominees for the Favorite Movie Actress are Scarlett Johansson, Jennifer Lawrence, and Zoe Saldana for their roles as Black Widow, Mystique, and Gamora, respectively. In the Favorite Movie Actor character, you’ll find Wolverine himself, Hugh Jackman, and although he hasn’t played Iron Man this year, it’s worth noting that Robert Downey Jr is nominated, as well. Comics dominated several categories, but they own three out of five of the nominations for the Favorite Movie category as Captain America: The Winter Soldier, Guardians of the Galaxy, and X-Men: Days of Future Past are all eligible for your vote.

It looks like Eren Jaeger and the Avengers might be crossing paths in the next two weeks. The preview of the Japanese magazine Brutus 790 revealed that the Avengers will be taking on a Female Titan in New York City during a “What if” scenario. The crossover’s length, format, and creative team have yet to be announced, but the crossover hits shelves in Japan in November.

Earlier this week, Marvel released a teaser exclusively to Comicbook.com, offering the possible return of the fan-favorite 90s era X-Men team. This opens a lot of doors for our imagination as the teaser has just been revealed to be part of Marvel’s upcoming Secret Wars: Battleground mega-event in Summer 2015.

This past week’s Beth-centric episode of the Walking Dead, “Slabtown,” scored a 7.9 rating in the 18 to 49 demographic, and topped Sunday Night Football in ratings for the second time this year. Those ratings could feel a hit next year, though, as AMC has warned DirecTV subscribers that DirecTV has threatened to drop AMC from its lineup as the two are in an apparent negotiations battle as their contract’s 2015 expiration approaches.

And here’s two bonus items. On Thursday, Disney dropped two bombshells, announcing the title of Star Wars Episode VII as The Force Awakens and revealing that Toy Story 4 will be coming to theaters in June of 2017.

So now that you’re all caught up, you can head out to theatres and support the director of the Dark Knight trilogy as his space epic Interstellar hits theatres, as well as Disney’s Big Hero 6, which is based on Marvel characters.