Happy Thanksgiving! As a special treat for those of you who are still surfing comics news sites on Turkey Day, we've put together a series of quick-hit interviews with some of your favorite comic book characters, who are here to tell us what they're most thankful for this year! Enjoy.

[caption id="attachment_9619" align="aligncenter" width="146" caption=""Some peace and quiet. I can't quite put my finger on why, but I feel like every Thanksgiving in recent memory I've spent with dozens of people I hardly know in an old firehouse or something. This year it's just me and that blonde who likes to wear shirts with holes in the bust." -Mr. Terrific"]

[caption id="attachment_9620" align="aligncenter" width="300" caption=""I'm glad to be dating again. I really have been longing for the stability of a relationship. I can't explain it!" -Spider-Man"] 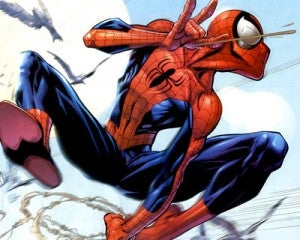 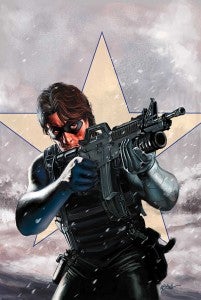 [caption id="attachment_9622" align="aligncenter" width="300" caption=""I bought myself a sweet little cat to keep me company during the quiet times. I think I'll name her Lian." -Arsenal"]

What Are Your Favorite Characters Thankful For?