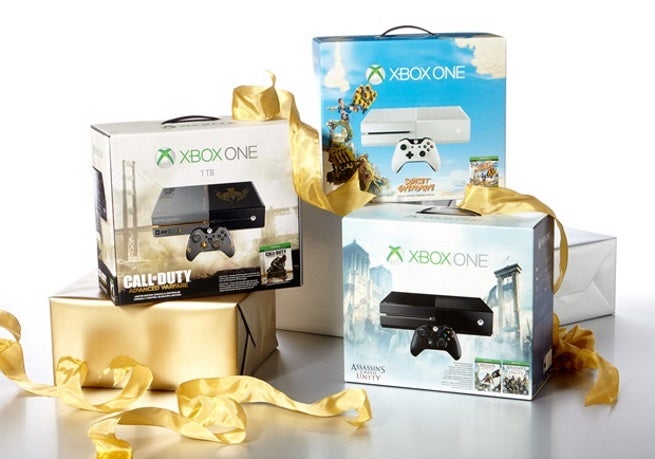 Microsoft is aiming to make the Xbox One the console of choice this holiday season. Beginning November 2, the Xbox One will receive a temporary $50 price drop, making the console available for as low as $349. The $50 discount can be applied to any Xbox One system, including special edition bundles that include games like Assassin's Creed: Unity, Call of Duty: Modern Warfare, and Sunset Overdrive.

"Fans don't have to wait for Black Friday this year to enjoy great savings on Xbox One. We're offering our best price yet, with unprecedented choices and value, so more people can play on Xbox One this holiday," said Yusuf Mehdi, corporate vice president, Microsoft. "We're gearing up for one of our biggest holidays ever and we are thrilled to offer fans up to $150 in savings on Xbox One and some of the biggest blockbuster games of the season."

The temporary discount promotion will be available at most major national retailers, including Gamestop, Toys 'R' Us, and Walmart.

"We want this to be an unforgettable holiday season for Xbox fans around the world," said Phil Spencer, Head of Xbox. "Only on Xbox One can you play some of the most anticipated exclusives, newest blockbuster franchises and innovative independent games of the year. We're pleased to start the season off early with an incredible portfolio that includes millions of hours of fun for gamers and their friends."

The new, temporary low price for the Xbox One will be discontinued January 3, 2015.

Xbox One Getting Temporary Price Cut