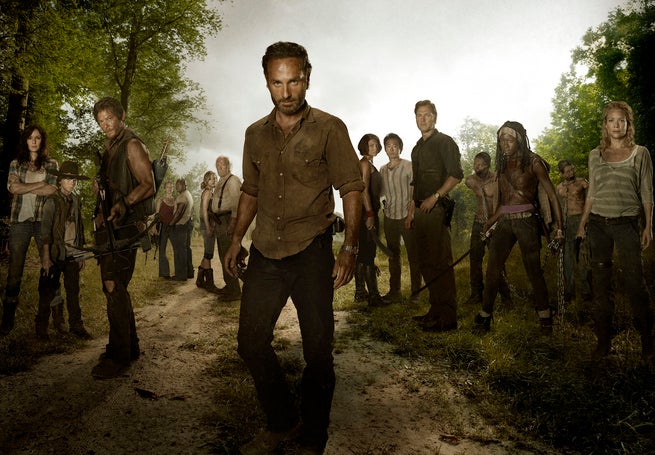 One of the first questions posed to the cast members was, "What was the toughest scene to film emotionally?"

Lauren Cohan, who plays Maggie Greene, answered first, saying the "loss of Beth on a million levels." Andrew Lincoln, who plays the show's main protagonist, Rick Grimes, added to Cohan's answer, saying, "It was shattering to watch [Lauren Cohan's] reaction," adding "She made this noise that was just horrific. I thought Rick would be tough." But to his surprise, he found tears coming down his face.

When Lincoln answered the same question, he talked about the pain of losing loved ones and for him, "losing my wife," was the toughest scene. We all remember when Rick found Carl at the prison and learned of what Carl had to do to Lorrie. Lincoln went on talking about losing characters and cast member friends, but made one dark promise- "Loads more pain coming your way."

The cast also promised a lot of character development in the future, especially Michael Cudlitz, who plays Abraham. He said the development is "Fantastic," and something he is passionate about. His favorite episode that he participated in was the one in which "the audience got to learn Abraham's backstory."

You can watch the entire Google+ Hangout, which includes a special look at the midseason premiere, in the video below.

The Flash: Caity Lotz Directs in "The Curious Case of Bartholomew Allen" Photos