The world is both mourning the loss and celebrating the life and career of Star Wars icon Carrie Fisher, who passed away while in medical care on December 27, 2016 after suffering a serious heart attack while aboard a flight from London to Los Angeles.

Fisher was a prolific creative artist, whose impressive resume includes acting, authoring books, writing stage plays, screenplays, and so much more. In fact, some people may not know just how many notable roles or memorable cameos Carrie Fisher had as just an actress; but as we remember her legacy of work, we picked these 5 Carrie Fisher roles as our favorites.

A lot of Family Guy viewers (that still remain) may not realize that Fisher had a recurring voice role as Peter Griffin's boss, Angela. In the eleven years she was on the show, Fisher's Angela had some spotlight episodes like "Peter-assment," which allowed her to flex some great comedic muscles.

Being the awesome badass she was, Fisher was never timid about keeping up with the demented humor of Seth MacFarlane and Co.

When it comes to comedy, Fisher was just as good playing the proverbial "straight man" to other actors' zanier characters as she was getting weird and wild herself.

Case in point: Fisher's cameo in a hilarious scene from Austin Powers. In the scene, she plays a family therapist (playing on Fisher's real-life penchant for therapeutic reflection) who tries to bridge the gap between Dr. Evil (Mike Meyers) and his son Scott (Seth Green).

She was never credited, and if you weren't paying attention you might've missed that massive Easter egg, but Fisher's deadpan delivery makes Dr. Evil's crazy backstory monologue all the more funny.

What makes this cameo appearance so memorable in the lackluster movie that is Scream 3 is the meta humor surrounding Fisher's Bianca: She's an actress who almost landed the role of Princess Leia in Star Wars, until Carrie Fisher came along and slept with George Lucas to get the part.

Fisher proved to be a well-rounded comedienne in the years following Star Wars, and perhaps her funniest role is that of Rosemary Howard in the 30 Rock season 2 episode, "Rosemary's Baby".

In perfect send-up of her own life, Fisher plays a '60s comedy writer that Liz Lemon (Tina Fey) idolized. When Liz wants to bring some feminine power to her show, TGS, she reaches out to Rosemary (Fisher) for help. In a delicious slow-burn descent into zany lunacy, Fisher starts out offering sound feminist rhetoric, until Liz probes deeper and realizes that Rosemary is now a deranged and lonely old lady.

Fisher's final dialogue in the episode was a great Star Wars callback that made viewers geek out with glee.

We're not going to try to pick out which installment she was best in - or separate OT from The Force Awakens - or any of that. The simple fact is that Star Wars made Carrie Fisher an icon (and vice versa), and it will always be her biggest and most iconic role.

Whether it was A New Hope in 1977 or The Force Awakens in 2016, whenever Fisher starred in a Star Wars movie it was an event. It is also why, in the minds of millions of fans, she will always be royalty. 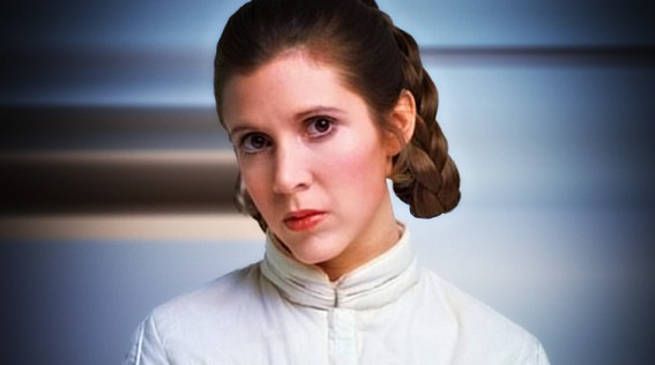 Avatar TV Series Could Happen But Only on This Condition

Netflix's One Piece Casts One of Shanks' Best Pirates