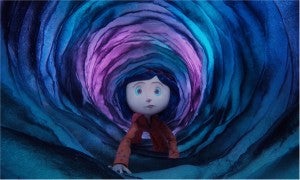 Production on the untitled, stop-motion animated feature being directed by Henry Selick of The Nightmare Before Christmas and Coraline filmmaker Henry Selick has been halted by Walt Disney Animation, according to a report at Deadline Hollywood. The film was reportedly already in production in the San Fracncisco bay area, with around 150 animators waiting to begin work, but "it just wasn't coming together in a manner that pleased the studio," says Deadline. Though the film had no title, it had a October 4, 2013 release date, so the sudden hole in the schedule might play into Universal's decision to make a number of major announcements regarding its 2013 schedule earlier today. The film was one of two projects Selick had in the pipeline at Disney, with the other being an adaptation of Neil Gaiman's The Graveyard Book. The status of that project remains unclear, especially as Disney offered Selick the opportunity to shop his untitled project elsewhere.