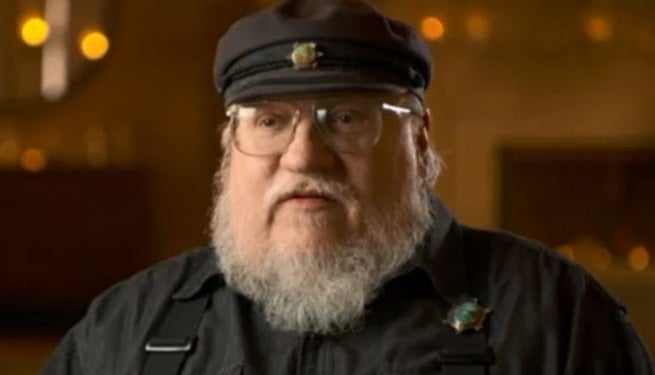 Speaking alongside fellow fantasy writer Robin Hobb at an event in London's Freemasons' Hall (as reported by Buzzfeed), Martin explained the overall structure of A Song of Ice and Fire's narrative, how it expands and contracts, and that the contraction – as hard as it may be for some fans to believe – actually allows him even more freedom to kill off characters.

"The way my books are structured, everyone was together, then they all went their separate ways and the story deltas out like that, and now it's getting to the point where the story is beginning to delta back in, and the viewpoint characters are occasionally meeting up with each other now and being in the same point at the same time, which gives me a lot more flexibility for killing people."

There are only two books left in the A Song of Ice and Fire series, The Winds of Winter and A Dream of Spring (unless Martin decides he needs more books to tell his story, which he has made clear is an option that is still on the table), so it seems like fans of the series should prepare themselves for a bloody series finale.

Martin is still writing The Winds of Winter, which has not yet received a release date. Game of Thrones will return for its fifth season on HBO in 2015.