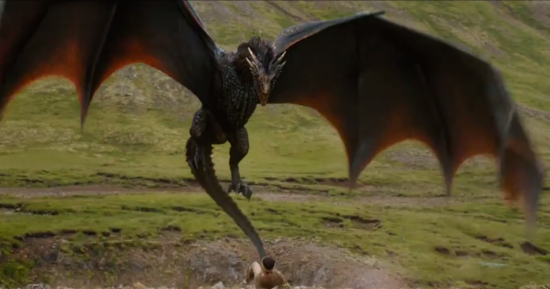 Speaking to Vanity Fair, Game of Thrones showrunners David Benioff and Dan Weiss said that fans can expect Season 4 to be more action-heavy than it's predecessors. The showrunners were talking about how filming Season 4 of Game of Thrones "almost killed them." The budget goes up every season as the effects and shooting get more complicated. "So there's that," said Benioff. "And it was more action this season than there ever has been before. And it's just much more time consuming. To shoot a decent fight, you need to cover all the different angles, and it ends up eating a lot of days. But the actors have gotten better at the fighting." They also talked about keeping the balance between Game of Throne's realistic elements and the magic and fantasy elements. We feel the same way," said Benioff, "about the danger of magic taking over the story. One thing that drew us to the books is that – even though they are fantasy books and even though there are dragons and white walkers and so forth – it feels very much a human story. George [R.R. Martin] was careful, I think, in the use of magic. And we don't want it to take up too large a role on the show. But, you know, it's there. The white walkers are there. And we are building toward something with the white walkers. But what this series will not ever become is the epic conflict of good and evil. And that's one of the very first things we said to HBO when we came in. Every fantasy we've seen, in the movies at least, has been that, where it's good versus evil. There's never been a fantasy movie of the epic battle of good versus evil that ended with evil winning." In Game of Thrones Season 4, Encouraged by the Red Wedding slaughter in the Riverlands that wiped out many of their Stark nemeses, the Lannisters' hold on the Iron Throne remains intact … but can they survive their own egos, as well as new and ongoing threats from the south, north and east? While an unbowed Stannis Baratheon continues to rebuild his army in Dragonstone, a more immediate danger comes from the south, as Oberyn Martell, the Lannister-loathing "Red Viper of Dorne," arrives at King's Landing to attend Joffrey's wedding to Margaery Tyrell, and perhaps act on an ulterior agenda. In the north, a depleted Night's Watch seems overmatched against the inexorable Wall advances of Mance Rayder's army of wildlings, which in turn is being trailed by an even more formidable foe: the undead White Walkers. As if that weren't enough, Daenerys Targaryen, accompanied by her menacing trio of dragons and army of Unsullied, is poised to liberate Meereen, the largest city in Slaver's Bay, which could ultimately provide her with enough ships to sail to Westeros and reclaim the Iron Throne. Game of Thrones Season 4 premieres on HBO April 6.

Game of Thrones Showrunners Say Season 4 Is Action-Packed, Show Will Never Be About Good Vs. Evil

Monster Cereals Are Already Back in Stores