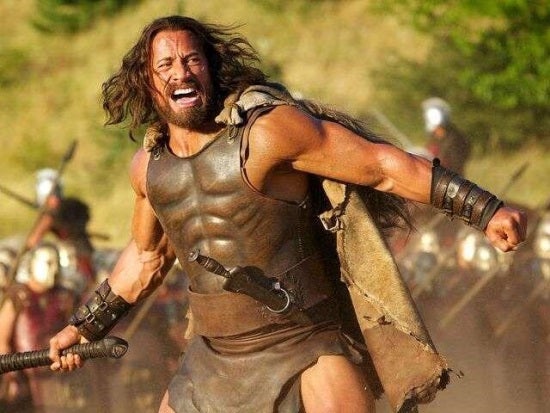 The first image of the Dwayne "The Rock" Johnson in action as the Greek hero of myth, Hercules, has been released online. Johnson will play the title character in the upcoming Hercules film. In the image, Hercules looks like he's in battle, with an army at his back. In Hercules, having endured his legendary twelve labors, Hercules, the Greek demigod, has his life as a sword-for-hire tested when the King of Thrace and his daughter seek his aid in defeating a tyrannical warlord. Hercules comes to theaters July 25, 2014.

Hercules: First Look At The Rock As The Legendary Greek Hero