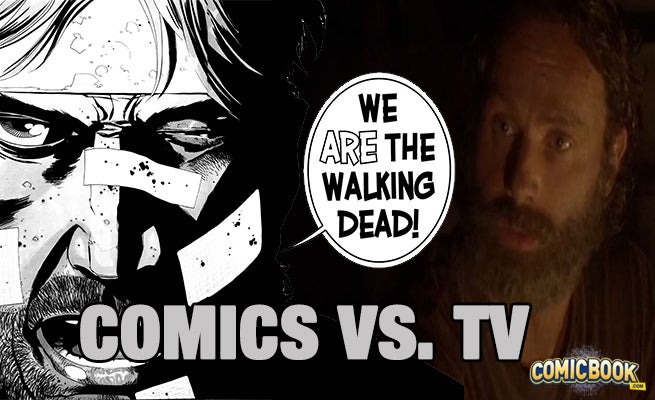 In tenth episode of The Walking Dead's fifth season, Rick delivered one of the most famous lines from the comic book series. As many fans know, the show follows the general direction of its source material, but has taken certain liberties as the series progressed.

"We are the Walking Dead," is one of the most famous lines in the comics, but how did it happen? Well, it certainly didn't take as long as it did on the show. We compared the circumstances surrounding Rick's delivery of the line fans won't soon forget in the video below:

Are you happy to see the show following the comics a little more closely these days? What do you think of the line, "We are the Walking Dead?" Is it too cheesy or was it spot on?

We Are The Walking Dead: How Did It Go In The Comics?