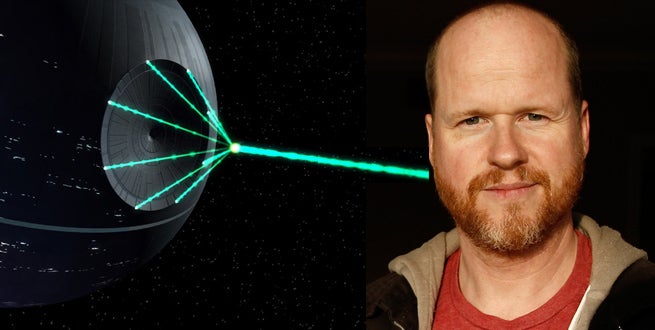 Welcome back to MTFBWY, ComicBook.com's ongoing column about everything Star Wars. While Star Wars news has slowed down since Celebration Anaheim, there's always more Star Wars talk to be had. Which is where today's topic comes in.

When writer/director, and pop culture golden boy Joss Whedon, who has seen success on screens big and small, announced that he was done with Marvel Studios for the foreseeable future after his contract recently expired, the first question on many of his fans' minds was: "Okay, what next then?"

Indeed, the inevitable speculative articles about Whedon working with Disney's other recent major franchise acquisition, Lucasfilm, began shortly thereafter. And while I'm a fan of Joss Whedon, and obviously, a massive fan of Star Wars, I'm here to tell you why this is not a match made in Endor.

First a small disclaimer: If Joss Whedon was brought on for a Star Wars film, especially one of the Anthology movies, I would be cautiously excited. However, there are still signs that maybe this isn't meant to be.

First of all, Joss Whedon didn't just arbitrarily leave the Marvel Studios fold. While Marvel's future will still feel his influence, especially on Agents of S.H.I.E.L.D., which he co-created with his brother and sister-in-law, Whedon himself made it very clear that big budget films like the Avengers series had exhausted him.

"This was the hardest work I've ever done, and at some point, when it's that hard, you just feel like you've lost," Whedon told Vulture. He went on in the same interview to say "I'm tapped out" and "I need to create something of my own, and I also need to do something new."

Whedon explained in other interviews that things like the large ensemble, big budget, and the requirement to fit his story into the larger Marvel Cinematic continuity were all challenges that exhausted him. 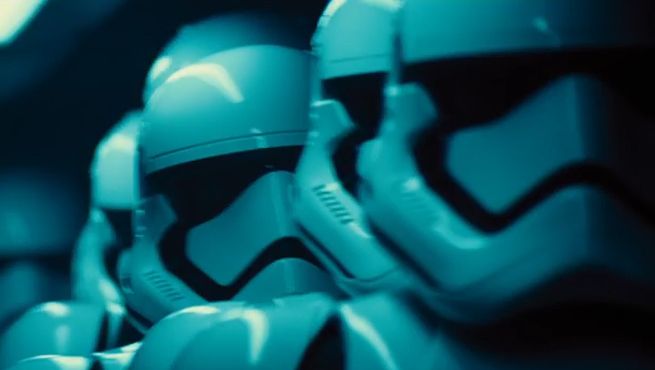 So really, why would he want to do a Star Wars movie?

Well, because it's freaking Star Wars, that's why.

But for all those reasons he listed about Avengers and Age of Ultron being so taxing, he isn't in a position right now to handle the galaxy far, far away. Let's suppose Whedon did enter the Star Wars universe. Episode VIII's confirmed writer-director Rian Johnson has also been rumored to helm the third episode in the first "sequel trilogy." But if he doesn't, and Whedon was approached for that film, how would it appeal to him as a creator? He'd have characters that weren't his, in the third (ninth) chapter of a story 30 years in the making that spans a staggering 60 years of storytelling time.

If Whedon really is seeking a single or much smaller group of characters, then perhaps the Star Wars Anthology films, stand-alone stories that weave in and out of the episodic core adventures, could work for him. But even then, you'd be hard-pressed to see Whedon's strengths at play. If he were to work on the rumored Boba Fett Anthology movie, a film that would likely encompass bounty hunters and smugglers in space, well, that might just feel a little too familiar to Firefly and Serenity. Instead of filling in the blanks for another owner's creation, Whedon would probably feel better fleshing out his own work.

Ultimately, the same perils of working within the MCU--Making cuts, additions, and changes to fit the film within Marvel President Kevin Feige's vision--will be present for anyone working within the Star Wars universe. Indeed, Lucasfilm and Disney set up an entire core group of people, the Story Group, whose task is exactly that: Making sure every aspect of Star Wars from this point forward fits into one solidified story and vision.

Joss Whedon's strengths as a writer and director, meanwhile, lie in taking everyday moments in life, and giving them a fantastic spin. You have the teenager trying to get through the major changes of adolescence…while also fighting off vampires, demons, and monsters. You have the emotionally battered war veteran struggling to get by and find a way to accept people back into his life...but in the future and with random Chinese and cowboys and such. You have people who just want a fresh start, a clean slate, and turn themselves into living, programmable dolls for the privilege. 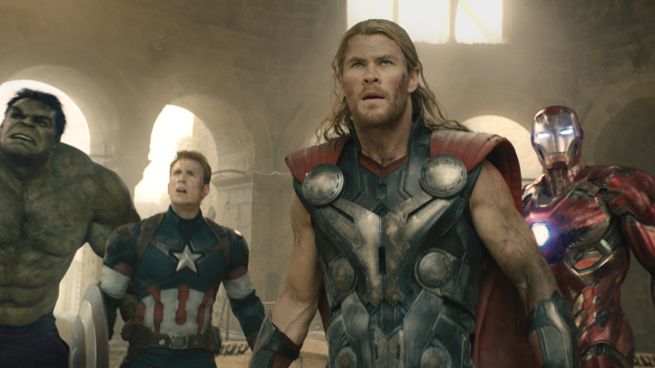 Even his latest turn, with Avengers: Age of Ultron, had firm, real roots. There were the seeds of dispute between two friends, Tony's desire to help the world and willingness to mess up on the way, questions on the intrinsic value of life, and a theme of family and personal worth. These arcs are all firm, relatable, human moments that can Whedon could turn on their heads with massive superpowered robot fights.

Those moments and themes surely exist in the Star Wars universe; it wouldn't have had the legs it does if they didn't. But Joss Whedon's method of exploring them – center on one character, expose their deepest vulnerabilities, then twist everything onto someone else in the end, doesn't follow the well-established Joseph Campbell method that this world was built on. It's not a bad thing to look at a story from a different direction, but trying to do so while making all the same compromises you just lamented would seem like a disservice to yourself and to your auudience.

So, it comes to this: Joss Whedon wouldn't be good for a Star Wars movie because Joss Whedon, based on his comments about the MCU, doesn't sound like he'd enjoy himself all that much. Since he's a creator whose best work comes when he's having fun, I would hate to see what he would do if he forced himself into another uncomfortable situation. Sometimes your favorite creators and favorite franchises don't mix, and that's fine. Now, about Indiana Jones…

Would YOU like to see a Star Wars film from Joss Whedon? Why or why not? Share your reasons in the comments!