M. Night Shyamalan's Split is an official hit, with the James McAvoy-led mystery-thriller having won the box office on its opening weekend.

Of Course, Split has been getting bigger and bigger buzz thanks to the revelation that the film is actually a supervillain origin story, set within the same universe as Shyamalan's 2000 film, Unbreakable. 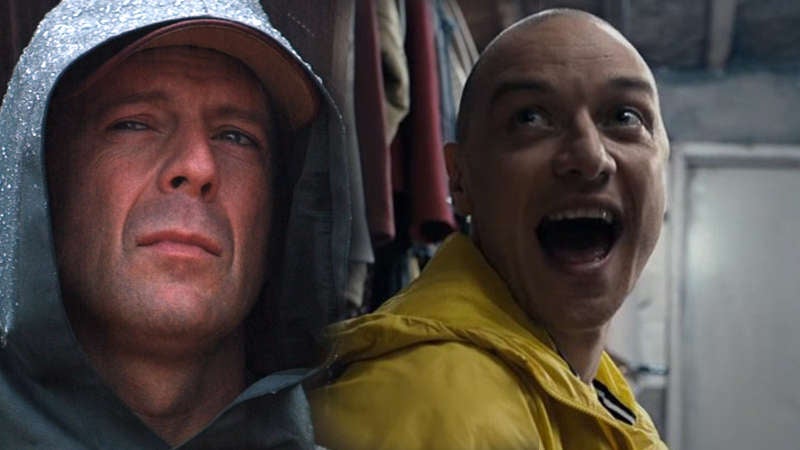 Shyamalan has already confirmed that Unbreakable 2 is moving forward, but in describing how he came up with the link between Split and Unbreakable, he revealed some interesting trivia. According to Shyamalan, James McAvoy's character in Split wasn't an invention for that movie - but rather, one for Unbreakable. That makes Split a sort of reverse-engineer project, mining an unused idea from Unbreakable to make an entire new film.

Speaking with EW, Shyamalan revealed that, "This character, Kevin from Split, was in the original script of Unbreakable. The original draft of Unbreakable focused on David Dunn and Elijah as his mentor. Elijah tells him, "You're a comic book character, go try it." And instead of bumping into the Orange Suit Man, David bumps into one of Kevin's personalities and goes to save the girls. So you'd have been watching the girls side of it the whole time. That was the outline."

Getting more specific, Shyamalan went on to reveal that Kevin/Horde was actually a well-developed and significant character in Unbreakable, stating, "Some of the Kevin Wendell Crumb [James McAvoy's character in Split] scenes were already completely written, all the way back then. One of the "Patricia" scenes, the Hedwig introduction scene, those were written over 15 years ago. I have them written by hand in my notebooks."