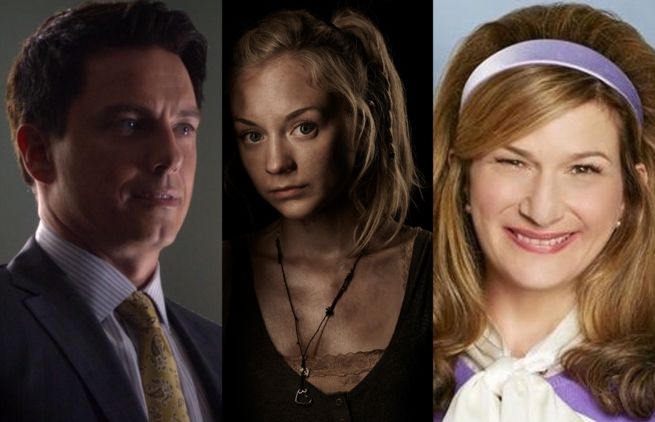 After tonight's "Slabtown" episode of The Walking Dead, there is an hour long Talking Dead. Chris Hardwick is the host of the Talking Dead.

On tonight's episode of Talking Dead, the celebrity guests are Ana Gasteyer and John Barrowman. Gasteyer is an actress, who is best known for appearing on Saturday Night Live from 1996 to 2002 and for co-starring as Sheila Shay on Suburgatory. Barrowman is an actor, who is best known for playing Captain Jack Harness on Doctor Who and Torchwood. He is currently appearing as Malcolm Merlyn on Arrow.

Emily Kinney, who plays Beth Greene, is the announced The Walking Dead cast member making an appearance. Judging from the previews, the "Slabtown" episode of The Walking Dead heavily focuses on what has happened to Beth since she was mysteriously taken last season.