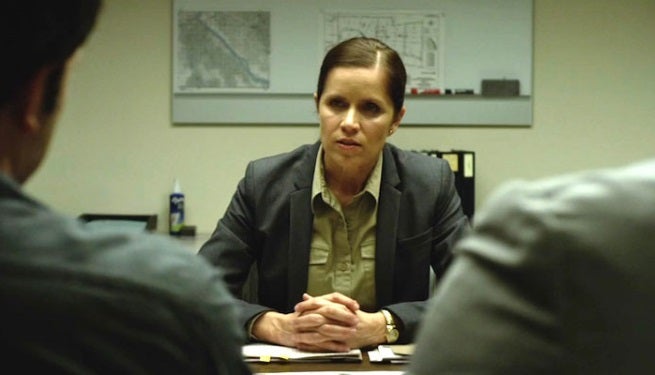 Kim Dickens has joined the cast of AMC's The Walking Dead companion series, according to Deadline.

Dickens will play the female lead in the pilot, opposite to male lead Cliff Curtis. Dickens' character is a guidance counselor at the same school as Curtis' character, a teacher. The two are in a relationship at the time of the zombie outbreak. Dickens' character has two children from a previous marriage, played by Frank Dillane and Alycia Debnam Carey.

According to the character description from Deadline, Dickens' guidance counselor "looks like the girl next door but has a darkness to her, a troubled past that will come back to haunt her."