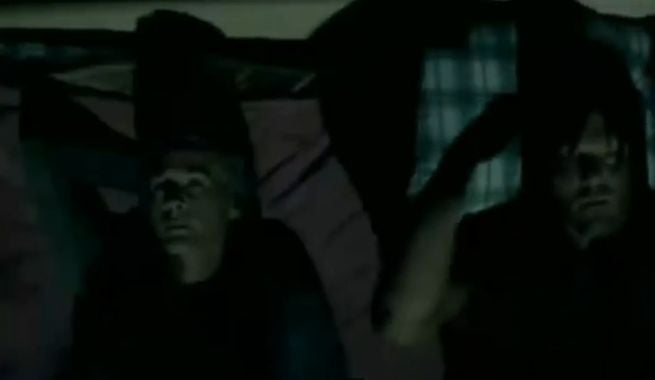 In a promo for the "Consumed" episode of The Walking Dead, AMC teased fans with the moment that many have been waiting for. There is a brief shot of Daryl Dixon and Carol in bed together.

When Daryl and Carol last appeared on The Walking Dead, they had just jumped into a vehicle to pursue a car that was similar to the one that Daryl saw take Beth. During the course of searching for Beth, it appears as if Daryl and Carol wind up back in the city of Atlanta and also in bed with one another.

Of course, from the fleeting image in the promo, it's difficult to make much out of Daryl and Carol's time in the sack together. They both seem to be rather deep in thought, rather than in the throes of passion.

The Walking Dead: Daryl And Carol Wind Up In Bed Together On Tonight's Episode