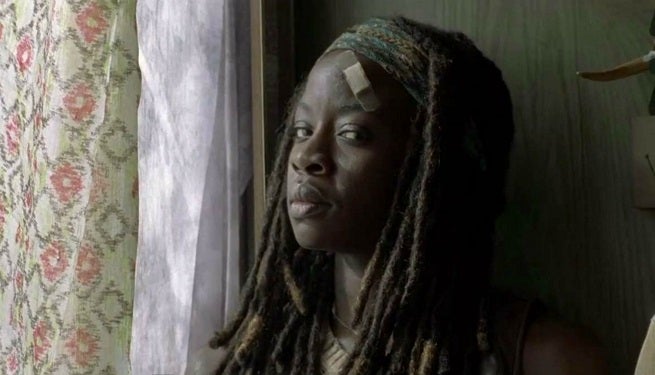 A new, NSFW delted scene from Season 4 of The Walking Dead has been released online (via Entertainment Weekly).

The deleted scene comes from the episode titled "Too Far Gone." It has Herschel and Michonne being held prisoner by The Governor, with Mitch keeping guard.

The scene will be included in the DVD and Blu-ray release of The Walking Dead Season 4, releasing August 26.

The Walking Dead Deleted Scene With Michonne And Hershel Is NSFW