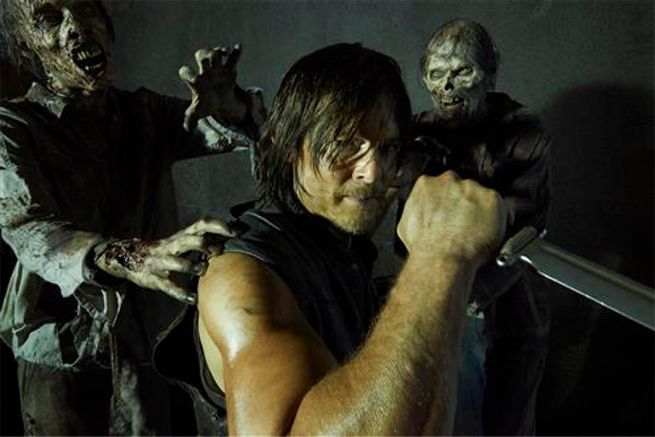 We just looked at tonight's episode of AMC's The Walking Dead, in which there were a couple of major plot points and whole scenes lifted almost word-for-word from the comics.

There have been, however, quite a few things that were wildly different between Robert Kirkman and Charlie Adlard's comics and the AMC TV series. Daryl, Beth, Tyreese, Carol, Dale, Andrea and others all came into or exited the story in dramatically different fashion on TV than in the comics. Daryl, Merle, Beth and some other characters literally never existed in the comics, while Dale and Andrea died far earlier on TV.

In fact, while Dale was the "tainted meat" whose place Bob Stookey took in tonight's episode (and Bob, by the way, was a minor character with ties to the Governor in the comics), Andrea is still alive in the comics, even after the recent five-year time jump following "All-Out War."

Tyreese died at the hands of The Governor rather than Hershel, Carol committed suicide by walker after Tyreese cheated on her with Michonne...reallly, when you start to think about it there were a LOT of differences.

And, yeah, Shane's death was actually so early in the comics that it was drawn by original series artist Tony Moore, who only lasted for one arc. 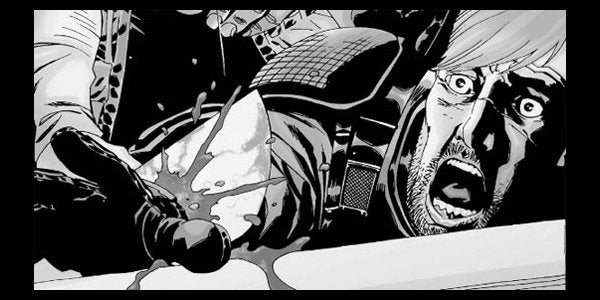 This was one of those moments that fans waited for and waited for, before finally collectively coming to the conclusion that it wasn't going to happen: during their first major altercation with The Governor -- one that takes place in Woodbury in the comics -- Rick Grimes loses his hand.

Yeah, nothing much more to say there. It doesn't get miraculously fixed; it's just gone, for the rest of the series.

Problem with that? It's really impractical to do onscreen versus in the comics. There are practical concerns like holding things or loading a gun that producers have noted as part of the reason for not doing it. 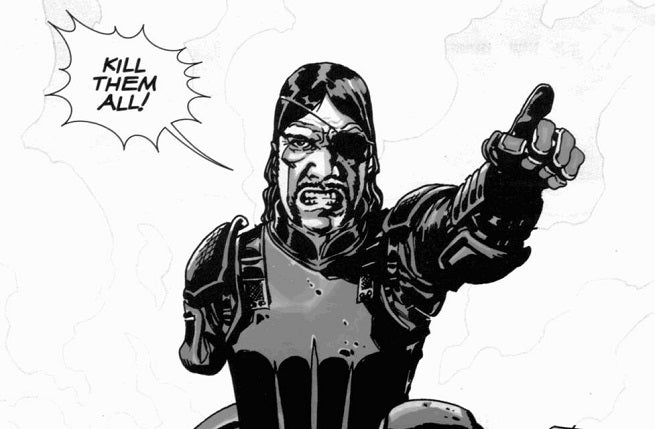 The Battle With The Governor

Everything about the first battle with The Governor in the TV series -- and the first interactions with Woodbury from the comics -- were very different. Rick lost his hand and Michonne was raped, then got the better of The Governor in a fight and left him with numerous body parts missing, not just the eye. She left him to die -- a decision that would come back to bite the group.

Of course, the first battle between the Governor's forces and the survivors at the prison on TV was underwhelming at best, with the Woodbury forces being turned back without much of note happening and The Governor killing them all for...I dunno, lack of effort or something.

The second attack on the prison, with the tank and the beheading and all that...well, it was a lot closer to the comics. There were minor things like Hershel being beheaded instead of Tyreese, and The Governor having been responsible for the death of Lilly's kid. But...overall it was pretty spot-on. Except the victims.

In the comics, that scenario brought about half of Rick's group down, including Lori and Baby Judith. 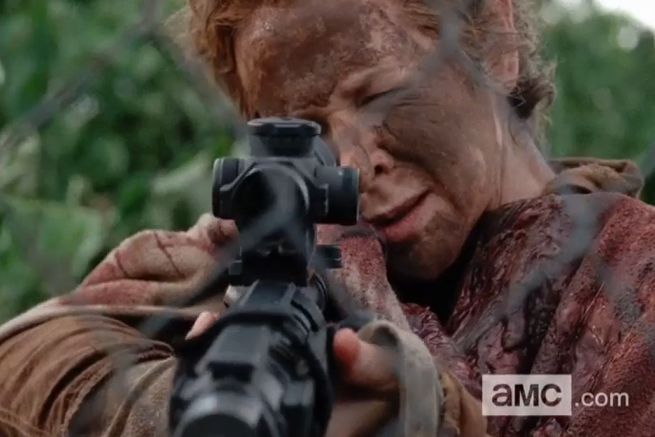 Carol is arguably the most changed character, which is saying a lot when you consider how radically different Andrea and Tyreese are.

In the comics, she never really outgrew the whole mousy, abused housewife thing. She was really defined by the men in her life up until the end.

And, of course, she was survived by her daughter Sophia, who's currently being raised by Andrea. 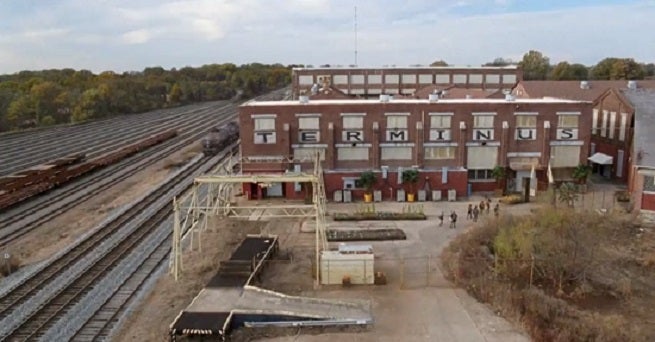 In the comics, while the story of The Hunters played out in a fairly similar manner, it started...much differently. they were just fairly anonymous antagonists who stalked, killed and ate people on the road. So on the road was where Rick and company encountered them.

That served the story on TV pretty well because it allowed them to keep fans in suspense as to just what it was last season, drawing a lot of speculation that it could be a stand-in for other environments from the comics and video games, while simultaneously raising some doubts about the idea that Gareth and company were The Hunters because there was, after all, no corollary location from which The Hunters would be doing their thing.

It also gave a chance to give the characters a backstory, humanizing them somewhat and differentiating the human threat from that of the walkers -- a continuing theme with The Walking Dead, who similarly gave "the marauders," a brutal street gang Rick dispatched in a single scene, a deep backstory on TV and a few episodes to hang out with Daryl.

The Walking Dead: Five Biggest Changes, From Comics to Screen