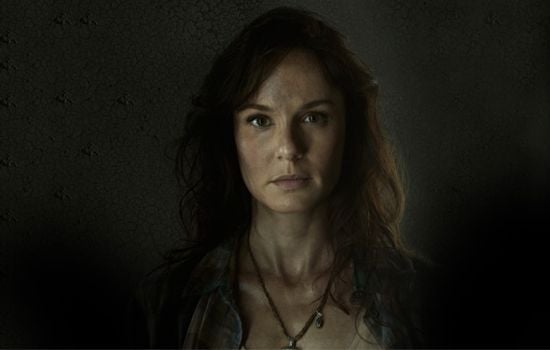 A running joke among fans of The Walking Dead has been to make fun of Lori Grimes parenting skills. Entire videos and countless photos have been created labeling Lori Grime as one of the worst mothers ever, because of how often she seemed to lose track of Carl. It's no wonder that one of the fan questions during the Talking Dead on Sunday was, "Do you think Michonne would be a better mother figure to Carl than Lori?" New Walking Dead cast member Michael Cudlitz fielded the question, defending Lori Grimes as Carl's mother. "No. Your mom's your mom. I think she [Michonne] would be an awesome friend, confidant, someone that he can share stuff with and grow with," said Cudlitz. "But your mom's your mom. Deal with it." The Walking Dead airs on Sunday nights at 9 PM ET on AMC.