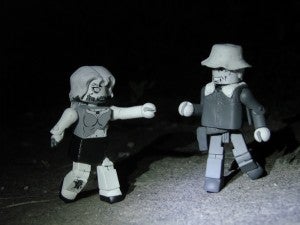 Diamond Select Toys announced earlier today that a new set of MiniMates featuring characters from Robert Kirkman's fan-favorite zombie survival series The Walking Dead will be included among exclusives provided to retailers participating in this year's Halloween ComicFest, a Free Comic Book Day-like event set on Halloween night that will feature a number of such products. Check out the official announcement below, along with a photos of the figures--Dale in his winter coat, squaring off against a one-armed female zombie, both of whom are painted in gray tones to match the black-and-white comic books. 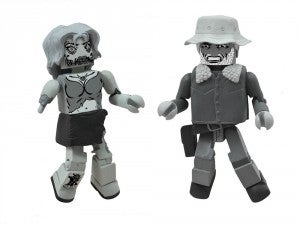