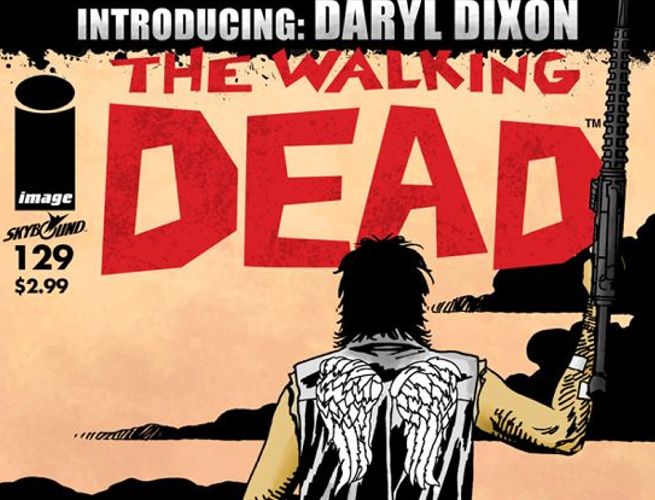 As Walking Dead fans who are both viewers of the TV show and fans of the comic book know, there are some characters that are unique to each medium. While it's possible that many of the unique characters from the comic book will eventually show up on the show, it's much less likely that the unique characters from the TV series will show up in the comic. Because such characters as Daryl and Merle Dixon were created just for the TV series, Kirkman's publishing company Skybound would likely have to license them from AMC for usage in the comics.

During an interview with AMC, The Walking Dead creator and executive producer Robert Kirkman was asked what was the one element from the TV show that he wishes that he had written into the comic book from day one. Here's how Kirkman answered the question.

Daryl Dixon is definitely the big one, but that said, I think it's great that there is something in the television show that you can only get from the television show. He's a tremendously important character in that when we go to adapt stories from the comic, there's always this X-factor that automatically makes us change stories in some way. The best part of doing the show is looking at my comic like a rough draft and sitting down with the writers to make it better.

So, it sounds like if Kirkman could go back in time, he would have included Daryl Dixon in the comic book, before introducing him on the TV series.

The Walking Dead Season 5 is schedule to premier in October 2014 on AMC.

The Walking Dead: Robert Kirkman Says He Wishes Daryl Dixon Had Been Written Into The Comic

Evil Renewed for Season 4 at Paramount+