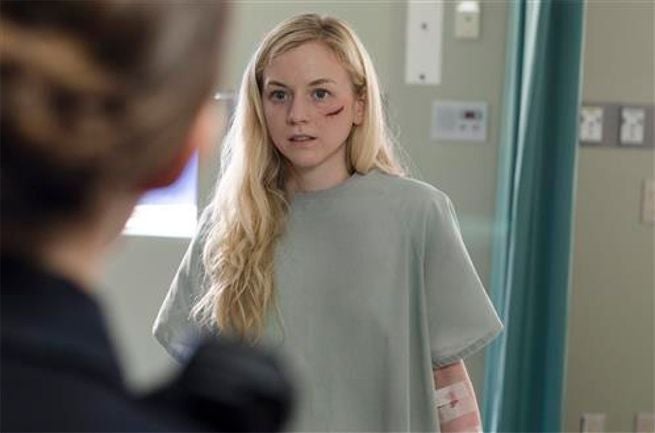 After three episodes, The Walking Dead is off to what appears to be its strongest season ever. The "Four Walls and a Roof" episode appeared to finally bring resolution to the Terminus storyline, and it ended with the cliffhanger of Daryl emerging from the wood with someone else trailing behind who may or may not be Carol.

The Walking Season 5 Episode 4 is called "Slabtown." There have been quite a few sneak preview videos and photos released for the episode, so we've compiled everything together in one place. Below we've included all the photos and videos released by AMC for the episode to date.

In the "Slabtown" episode, another group of survivors is introduced, and although things appear safe and nice, there is a bit of a dark side.