Here's the quote. "I've always enjoyed your sense of humor, Booster." - The Batman. More interesting than the quote though were the images. Plastic Man is shown in the images, which marks the first confirmation that he will be part of the new DC Universe. Now, if only Plas can get his own title whenever DC Comics launches the second wave of their new universe.

In addition to Plastic Man, the images also reveal a couple other previously unrevealed members of the Justice League International. While there is only a partial image to go on, it appears that Hawk, Frankenstein, and Green Arrow will be playing roles in the Justice League International. On the Green Arrow image, it looks like Connor Hawke, but it could also be a young version of Oliver Queen. There is also a tuft of brown hair that sort of looks like a mustache/beard in one image that we haven't been able to figure out. 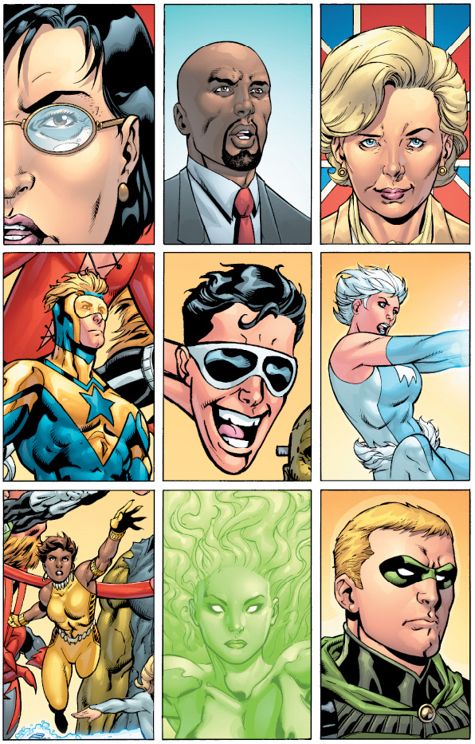