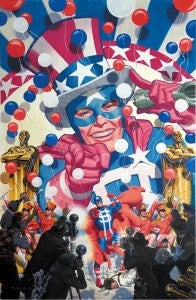 It’s obvious that DC Comics has big plans for growing their Watchmen franchise. In addition to all the Before Watchmen mini-series that are already in progress, DC Comics just announced today that they will also launch a new Before Watchmen story that will focus on the character Dollar Bill.