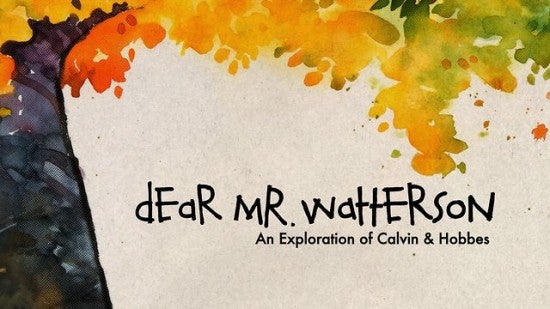 Dear Mr. Watterson premiered at the Cleveland International Film Festival, and it will premiere in limited theaters and video on demand on November 15, 2013.