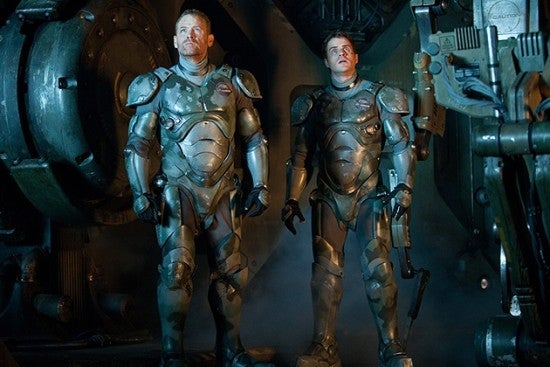 In a new interview with Empire Magazine, Pacific Rim star Max Martini seems to have suggested that the next installment of the monsters-versus-robots franchise, currently being written by Travis Beacham and co-writer/director Guillermo del Toro, may turn out to be a prequel exploring the backstories of the existing characters, rather than a sequel as previously hinted.

"Working with Guillermo [del Toro] was a highlight, and the green-screen work was new to me," Martini said of Pacific Rim, adding, "It's funny, I fell in love with this character [Herc Hansen]. The key component was this relationship I had with my son, exploring the dysfunction and the loss, so where does Herc go from here? I don't know. It'll be interesting to see where Guillermo [del Toro] and Travis Beacham take it. I don't know if it's a prequel or a sequel, but if it's a prequel you'll learn more about Herc's family history. But Guillermo has such a vivid imagination, it could go anywhere."

Previous rumors had suggested that the next film could include a "mecha-kaiju," an evolutionary abomination created by the sacrifice at the end of the first film. If the film were a prequel, that would presumably be off the table--although going a somewhat more character-driven route and reusing designs and concepts that have already been created might be seen as a cost-saving measure considering that the first movie wasn't the massive hit everyone was hoping for.

Pacific Rim Star Suggests Next Movie Could Be a Prequel