Despite months of high expectations, Suicide Squad has proven not to be the magic bullet that's going to suddenly make film critics fall in love with the DC Extended Universe, though so far, fan response seems to be the polar opposite. 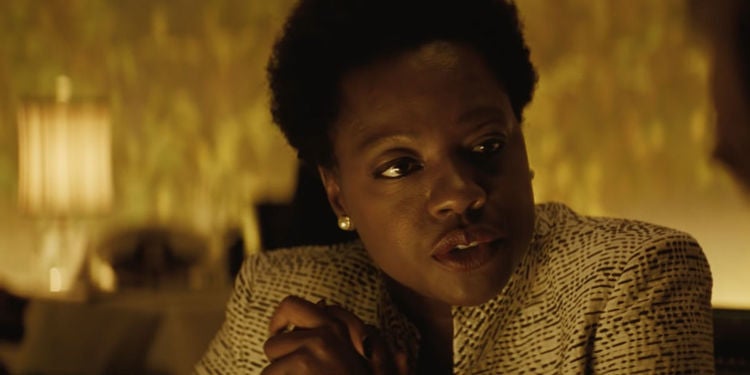 Since Christopher Nolan's The Dark Knight redefined what it means to be a comic book movie right at the same time the Marvel Cinematic Universe was launching with Iron Man, the two studios making movies based on the biggest superhero publishers in the world have had very disparate philosophies: Marvel hews close to the tone of the comics, delivering movies with a lighter touch and, in most cases, a broader overall appeal to audiences and critics. Warner Bros./DC have been trying to give directors creative leeway to make their movies their way, hoping to strike gold again like they did with Nolan. Throughout, they've adapted the tone of the comics less and the content more, drawing from big chunks of comics like Superman: Birthright, The Dark Knight Returns, and The Death of Superman while still maintaining the aesthetic of a Zack Snyder movie.

So far, Warners' success has been measured; both Man of Steel and Batman v Superman earned their money back, but not as much as Warner Bros. had hoped. And in the case of Batman v Superman, those high expectations crashed down pretty hard when the film's second-week box office tally imploded.

Much of the blame for the films underperforming was placedon basically two things: first of all, critics were split on Man of Steel, and generally didn't like Batman v Superman. Second, the tone of the films lacked heart and humor, according to many critics as well as fans. Often, viewers who enjoyed the DC films objected to both of these points, but the latter in particular, saying that there was no reason for DC to try and ape Marvel's success.

(Marvel, it should be said, have cracked a code that few big-budget action movies do, comic book movies or no: they generally get great reviews and make a ton of money.)

Suicide Squad, then, brought a fresh perspective on a DC film, offering fans the promise of lots of laughs, along with world-saving action and a set of antiheroes who could again challenge the very nature of superhero movies. The rat-a-tat editing of the movie's trailers offered a tantalizing view of a movie as acerbic as Guardians of the Galaxy and as fast-paced as Spider-Man 2. And now that it turns out not all of that is a fair representation of Suicide Squad as a film, we're right back in the same place we were three months ago and change following the critical beating Batman v Superman took: wondering what, if anything, this movie means for the future of the DC Extended Universe.

It will be a few weeks before we know for sure what the long-term impact of Squad is on Warner Bros. and the DC Extended Universe. If it's a big financial hit (it should earn back most of its production budget in its first week, but it would need to basically double that to cover marketing, international distribution, etc.), the lessons of the film are different than if it opens big and spirals like Batman v Superman.

Even in a worst-case scenario where Suicide Squad falls short of its projected numbers this weekend and then drops significantly, there's really no need to panic. One of the things that hardcore fans tend to say in order to justify their rage at bad reviews is that they're upset because they want to see more films based on the characters they love. Here, that is likely not a concern. Not only is DC planned out for years, with Warner Bros. having committed significant financial resources that would be difficult and embarrassing to withdraw...but it's likely that a modest box office performance by Suicide Squad was built into studio expectations at this point.

Wonder Woman, coming next year, was the first movie largely overseen by DC Entertainment's Chief Creative Officer and President Geoff Johns. That film's release is essentially the start of the post-BvS DC Extended Universe, with Warner Bros. accounting for the critical and audience disappointment with that film in their planning. Ever since right around the time that Suicide Squad went in for reshoots, it's likely Warners knew that the film wasn't a panacea. So it seems unlikely the studio is going to change its mind or its approach to DC films based on the reception that Squad gets.

All of that is more or less talking about the real-world implications of Suicide Squad. What about in-universe? Has the movie made the shared DC Extended Universe stronger or weaker?

I would argue that it doesn't really do either. At the end of the film, we're left with a status quo where most of these characters are simply put neatly back on the shelf, and the ones who experience significant status quo changes are generally not characters for whom it was likely other directors had a plan. Amanda Waller reveals the nature of her relationship with Batman and her general opinion on the Justice League, but in spite of one tantalizing line of dialogue it seems pretty unlikely that there will be a major payoff to that relationship. The film peeked at the larger world of this version of the DC Universe, with the cameos certainly helping establish that it's all one world, but not much more than that.

There's a lot of possibility offered by the characters, and certainly some of them -- particularly Harley and Deadshot -- come out of Suicide Squad as more viable intellectual property than they went into it -- but at the end of the day, they're bad guys. It's unlikely many of them aregoing to get a solo movie unless Squad is a truly massive success, and even the female-superteam movie that Harley is rumored to be leading won't rest entirely on Margot Robbie's shoulders (and isn't set up by Squad).

If there is a big takeaway from Suicide Squad it's that it didn't change the DC Extended Universe much -- either from the outside, or from within. There will likely be some people who feel like another Rotten Tomatoes disaster will actually hurt the franchise, but it's likely that most of those people will be distracted when and if Wonder Woman comes out and is a big success. Even if Squad fails to launch a new franchise for DC, it's unlikely to carry with it the stigma of Batman v Superman's troubles because it was never going to be that movie. Batman v Superman had the potential to change the face of the franchise-movie landscape, and didn't. Suicide Squad was only ever going to redefine the comic book film in the best-case scenario of super-fans watching some really well-edited trailers.

After Suicide Squad: The Current State of the DC Extended Universe